STMicroelectronics' STLINK-V3MINI is a standalone debugging and programming mini probe for the STM32 microcontrollers (MCUs). The JTAG/serial wire debugging (SWD) interfaces are used to communicate with the STM32 MCUs that are located on an application board.

The STLINK-V3MINI provides a virtual COM port (VCP) interface that allows the host PC to communicate with the target MCU through one UART. The STLINK-V3MINI is a portable, easy-to-use debugger/programmer including the STDC14 interface with an included STDC14 flat cable. 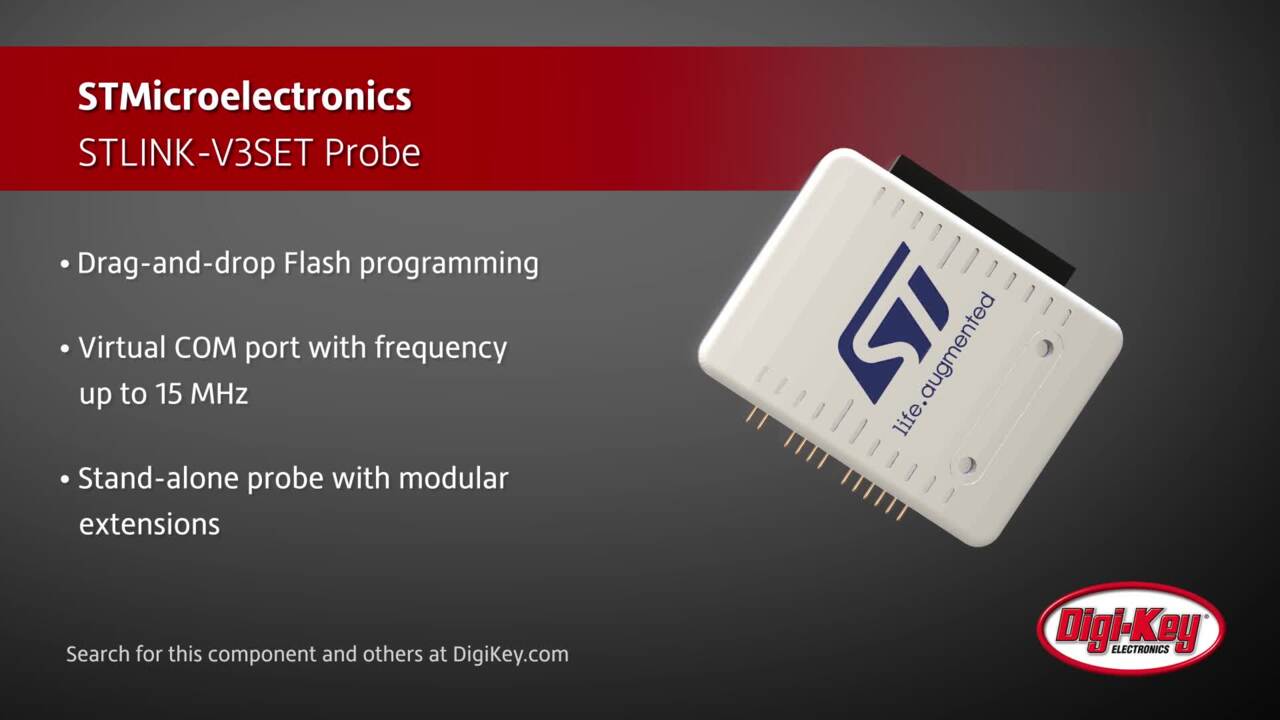