Adafruit’s METRO M0 Express board features an ATSAMD ARM Cortex-M0+. It is the first METRO board designed for use with CircuitPython, Adafruit’s beginner-oriented flavor of MicroPython, a small but full-featured version of the popular Python programming language created specifically for use with board level circuitry and electronics.  The METRO M0 is also programmable using the Arduino IDE and is designed in the familiar Arduino R3 style form factor.

At the METRO M0's heart is an ATSAMD21G18 ARM Cortex M0 processor, clocked at 48 MHz that employs 3.3 V logic levels. This MCU has 256 K of Flash and 32 K of RAM along with built in USB so it has USB-to-serial program and debug capability built in without the need for additional interface circuitry.

The METRO M0 Express board can be powered with 7 V to 9 V via the polarity protected DC power connector or via the micro USB connector from any 5 V USB source. The 2.1 mm DC power jack has a power switch next to it so you can turn off your setup easily and the METRO can switch between USB and DC power automatically.

A 2 MB SPI Flash storage chip is included on-board. When used in Circuit Python, the 2 MB Flash acts as storage for scripts, libraries, and files and when used in Arduino, users can read/write files to it for datalogging and with Adafruit’s helper program, access these files over USB.

The MCU comes pre-loaded with the UF2 bootloader, which causes the board to be recognized as a USB storage key. Simply drag firmware on to program, no special tools or drivers are needed. It can be used to load up CircuitPython, PXT MakeCode, or Arduino IDE (it is BOSSA-compatible).

Circuit Playground Express Adafruit's circuit playground express is the next step towards a perfect introduction to electronics and programming.
METRO Development Boards with ATmega328 Adafruit’s METRO boards featuring ATmega328, are available with the Arduino UNO R3 pinout with and without headers, or as a breadboard compatible mini size.

Choosing the Right MCU for Your Audio Application MCUs currently powering many consumer products and embedded systems are now being asked to support various digital audio functions that used to be handled by DSPs, ASSPs, or other dedicated silicon.
Digital Signal Controllers Making the Case for ARM Cortex-M4-based Solutions While a number of major players in the MCU space have moved to ARM-based CPU cores for general-purpose applications, the same trend is now unfolding in the digital signal controller area in which MCUs integrate DSP-centric capabilities.
Motion Sensing Via Rotary Shaft Encoders Assures Safety and Control A look at the characteristics, implementation and performance of rotary shaft encoders including absolute, incremental and optical incremental parts. 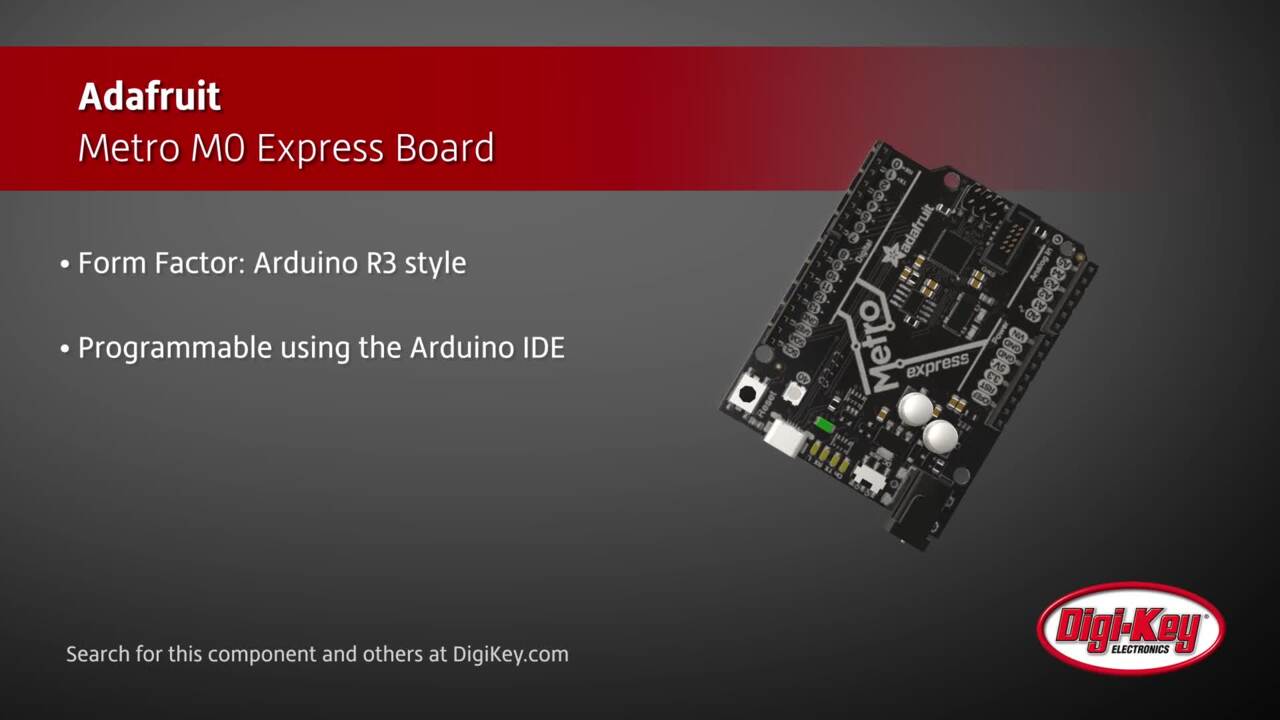