The trends of higher power requirements, regulatory mandates, and standards on efficiency and EMI issues are driving the need for power supplies to use switching power devices due to their greater efficiency and wider operating range. At the same time, designers are under constant pressure to reduce cost and save space. In the face of these requirements, what’s needed is an alternative to classic silicon (Si)-based MOSFETs.

Silicon carbide (SiC) has emerged as a clear option now that it has matured and is in its third generation. SiC-based FETs offer many performance advantages, particularly with respect to efficiency, greater reliability, fewer thermal management issues, and smaller footprint. These apply across the power spectrum and do not require a radical change in design techniques, although they may require some adjustments.

This article provides a brief comparison of Si versus SiC, introduces examples of SiC devices from Cree/Wolfspeed, and shows how to start designing with them.

First, it’s important to be clear about technology and terminology: SiC-based FETs are MOSFETs, just like their silicon predecessors. In the broad sense, their internal physical structures are similar, and both are three-terminal devices with source, drain, and gate connections.

Why use a SiC compound as the material? For various deep physics reasons, SiC has three major electrical characteristics that differ significantly from silicon, with each bringing operational advantages; there are other, more subtle ones as well (Figure 1).

As a result, in approximate terms, SiC-based devices can block voltages up to ten times higher than silicon devices, and can switch about ten times faster with an on-resistance of half or less at 25°C. At the same time, their very ability to operate at much higher temperatures of 200°C versus 125°C eases thermal design and management.

A power device does not function without its gate driver, which translates low-level digital control signals into the needed current and voltage signals along with the timing required by the power device (while also providing some protection against most types of external faults). For SiC FETs, the driver must include additional functions in order to provide the following:

Despite the additional issues involved when driving SiC MOSFETs, standard ICs designed for this purpose are available from many vendors, with attributes matched to the specific needs of SiC devices. Note that in many designs the gate drivers and SiC FETs must be galvanically isolated from the low voltage circuitry. This can be implemented via optical, pulse transformer, or capacitive isolation techniques using standard components. The isolation is needed first for safety to protect users from high voltages in case of circuit malfunctions, and second in the many circuit topologies where the MOSFET is inherently not grounded, such as bridge configurations.

The first commercial packaged SiC MOSEFT, the CMF20120D, was introduced by Cree/Wolfspeed in January 2011 (Wolfspeed is the Power and RF division of Cree; the name was announced in 2015); SiC wafers were available a few years prior. It was rated at 1200 volts/98 A with 80 mΩ on-resistance (all at 25⁰C), and available in a TO-247 package. Cree soon followed with a 2nd generation process and is now offering 3rd generation SiC MOSEFTs designated C3M devices (Figure 2).

For example, among the members of the industry’s first 900 volt SiC MOSFET platform is the C3M0280090J. It is optimized for high frequency power electronics applications, including renewable energy inverters, electric vehicle charging systems, and three-phase industrial power supplies (Table 1).

In addition to the voltage/current specifications, this device is optimized for high-speed switching with low capacitances, has a low impedance package with a driver source connection (Figure 3), includes a fast intrinsic diode with a low reverse recovery charge (Qrr), and has wide creepage (~7 millimeters (mm)) between drain and source.

This 900 volt platform enables smaller, higher efficiency next-generation power conversion systems at a cost that is on parity with silicon-based solutions, but with superior specifications. The safe operating area (SOA) graph summarizes the capabilities of this SiC FET (Figure 4). When the drain-to-source voltage (VDS) is low, the maximum current is limited by the on-state resistance; and at moderate VDS the part can sustain 15 A for short periods of time.

While the numbers provide the facts, there’s more to the story. The D suffix device is in a three-terminal package (TO-247-3), while the K suffix is in a four-terminal package (TO-247-4). These two devices, as well as the seven-terminal J suffix device, include a Kelvin source pin that reduces the effects of voltage spiking induced by L × di/dt in the gate circuit. This allows more voltage to be applied at the gate and source, resulting in faster dynamic switching. The results show a potential reduction in switching losses by a factor of 3.5 when the devices are measured near their rated current.

Although at the opposite end of the spectrum from gigahertz frequency RF designs, creating a high performing circuit for operation at higher voltages and power ranges still requires attention to details. Every subtlety and idiosyncrasy of the components and layout are magnified, and the physical circuit is unforgiving of the smallest issues and oversights.

To help designers evaluate SiC FETs such as the C3M0075120D and C3M0075120K, Cree offers the KIT-CRD-3DD12P buck-boost evaluation kit to demonstrate the high-speed switching performance of these devices (Figure 6). It is designed to accept both the three-terminal package of the C3M0075120D as well as the four-terminal package of the otherwise identical C3M0075120K. This enables the designer to test and compare the performance of Cree/Wolfspeed’s Generation 3 (C3M) MOSFETs in various packages.

Figure 6: The KIT-CRD-3DD12P evaluation kit provides a convenient way to assess the performance of both the three-terminal TO-247-packaged C3M0075120D as well as the four-terminal C3M0075120K; note the large heatsink and toroidal inductor to enable superior thermal performance. (Image source: Cree/Wolfspeed)

In addition, to reduce power loss the kit comes with a low-loss inductor made up of “sendust.” Also known as Kool Mµ, this magnetic metal powder—composed of 85% iron, 9% silicon, and 6% aluminum—is used as an alternative to permalloy due to its improved specifications for key magnetic and temperature parameters.

Figure 7: The top (left) and bottom (right) of the CGD15SG00D2 gate driver reference design—a complete board with full BOM as well as provision for the user to evaluate the performance of the three versus four-lead TO-247 package using the same SiC MOSFET die. (Image source: Cree/Wolfspeed)

The high-level block diagram (Figure 8) of the CGD15SG00D2 shows the functions of this reference design including opto-coupler (U1), gate driver integrated circuit (U2), and isolated power supply (X1). The opto-coupler (5000 volts AC isolation) accepts pulse-width modulated (PWM) signals and provides common-mode immunity of 35/50 kilovolts (kV)/microsecond (µs) (minimum/typical). Other noteworthy features include the following: 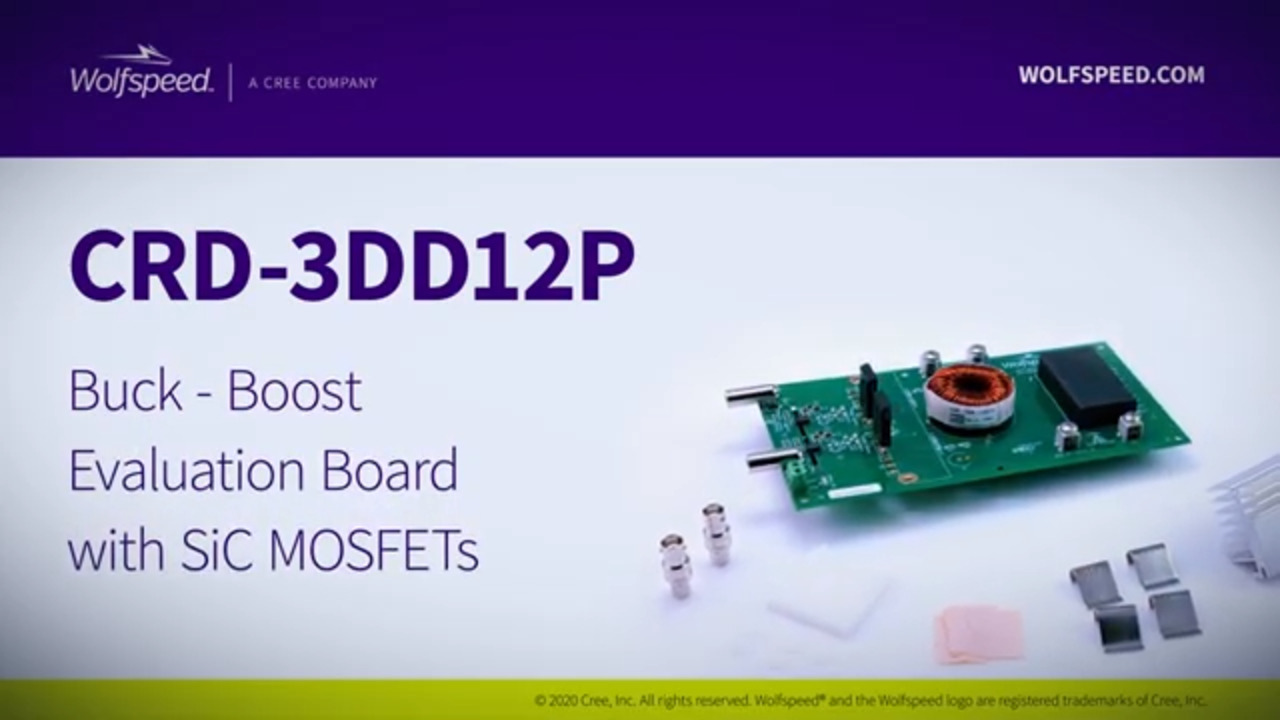