Designers are under constant competitive pressure to implement motion sensors that are smaller, more accurate, and have a longer detection range for applications in industries as diverse as smart buildings, factory automation, transportation, and drones. While millimeter wave (mmWave) technology is emerging as an attractive motion detection option, designers new to mmWave technology find the underlying radar front-end and high performance signal chain challenging.

This article will discuss the expanding role of motion detection systems and explain why mmWave is a good option for range and accuracy. It will then introduce a suitable kit and show how to get up and running with it.

The expanding role of motion detection

Motion detection has emerged as an increasingly important capability in a wide range of applications. Besides its role as a convenience feature in smart buildings and home products, it provides a critical safety feature in automotive and industrial applications. In a growing number of applications, extended range and accuracy are vital, precluding use of traditional methods built around passive infrared sensors or time-of-flight systems.

For this reason, frequency modulated continuous wave (FMCW) mmWave radar technology has gained increased attention. Its use of short wavelength signals enables detection of objects with sub-millimeter accuracy. It can also penetrate materials like plastic, drywall, and clothing while maintaining its high level of performance despite harsh environmental conditions such as rain, fog, dust, and snow.

Tight beams of mmWave energy can be focused and steered to provide highly accurate detection of objects and track multiple objects as they move in close proximity to each other.

Although the details of mmWave radar signal processing are beyond the scope of this article, the principles of detection are based on a familiar concept involving reflection of energy by an object. In linear FMCW radars, this energy is a millimeter wave tone, called a chirp, which changes in frequency linearly with time. After the radar system generates and transmits a chirp, the chirp signal reflected from a downrange object is detected and passed to a mixer. The mixer combines the RX and TX signals to produce an intermediate frequency (IF) signal.

The design of a system capable of performing these operations combines RF, analog, and digital subsystems (Figure 1). As part of the system’s output signal chain, an RF signal synthesizer generates the chirp for transmission. At the first stage of the system’s input signal chain, an RF mixer combines the generated chirp with the reflected chirp to produce the IF signal. As part of subsequent analog stages, a low-pass filter and analog-to-digital converter (ADC) produce a digital data stream for signal processing using a fast Fourier transform (FFT) and other algorithms.

Although this fundamental architecture applies to a typical FMCW radar system, the specifics of its design depend upon application level requirements for maximum detection range, range resolution, angle resolution, and others. For example, maximum detection range is proportional to the IF and inversely proportional to frequency slope. Consequently, long-range applications such as automotive adaptive cruise control require a design capable of supporting a high IF and producing a chirp with a rapid frequency sweep time.

Designers looking to optimize radar performance must also deal with a host of design characteristics including TX output power, RX sensitivity and noise figure, antenna TX and RX gain profile geometry, and the signal-to-noise ratio of the reflected signal. Also, every application brings its unique combination of factors, presenting developers with a complex set of mutually dependent requirements.

With its mmWave platform, Texas Instruments relieves designers from many of the challenges of radar system design and configuration.

For their digital subsystem, both devices integrate an Arm® Cortex®-R4F processor core, which serves as the device host in the master control system responsible for device peripherals, firmware update, boot, and other host functions. Using its integrated ROM and program/data memory, this master control system serves a primary role in enabling the TI mmWave devices to operate autonomously within a larger system design.

For their integrated radar processing subsystem, both devices use a similar architecture built around a 128-bit, 200 megahertz (MHz) bus that provides high-speed throughput among shared memory resources including ADC buffers, radar L3 data memory, cache, and memory for communication with the master control system host. Attached to this same bus, enhanced DMA (EDMA) modules provide processor independent transfers to speed up data transfers through the various stages of the processing pipeline.

Hardware-in-the-loop (HIL) modules built into both the master control and radar subsystems allow developers to use the device’s data modification module (DMM) input ports to bypass the RF front-end and load raw radar data into the IWR1642 for signal processing.

Although the choice of the IWR1443’s hardware accelerator or the IWR1642’s C674x DSP core depends on each application’s unique requirements, the selected device’s operation in an application will be largely transparent to most developers. In the Texas Instruments mmWave solution architecture, the TI mmWave software environment can use the resources of either device to execute functional modules, called data processing units (DPUs), which are responsible for individual data transformations typically used in radar signal processing. Among the TI mmWave DPUs, core functions include:

Listing 1: Included in the Texas Instruments mmWave SDK distribution, sample code such as this snippet illustrate the basic design pattern for creating a DPC by adding a set of DPUs to an ObjDetObj struct. (Code source: Texas Instruments)

Software services within the layered software environment automatically implement DPUs using the DSP subsystem (DSS), the master subsystem (MSS) and accelerator, or a combination (Figure 6). At the application level, developers use the mmWave API to access DPU results from a fully configured DPC or directly access the mmWave front end through the mmWaveLink API.

For a particular application, one of the critical services provided by mmWaveLink is configuration of the internal radar timing engine that generates FMCW chirps and chirp frames. As noted earlier, chirp and chirp frame characteristics determine object detection performance, but practical limitations mean that selection of some performance settings create limitations in others.

For example, because maximum detection range is inversely proportional to frequency slope, developers requiring long-range detection need to minimize the frequency slope. Doing so impacts the bandwidth of the chirp frequency sweep, resulting in reduced resolution because detection range resolution is proportional to that bandwidth characteristic. In fact, optimized specifications for chirp and chirp frame operation is a critical factor in radar design, requiring developers to balance a number of chirp characteristics (Figure 7).

Figure 7: Object detection range and resolution depend critically on the characteristics of the transmitted chirp, requiring developers to carefully optimize settings in the chirp generator configuration. (Image source: Texas Instruments)

Figure 8: Using a Texas Instruments IWR1443BOOST EVM and available sample code, developers can explore applications of mmWave technology for dynamic high-resolution gesture recognition such as use of a twirling finger to control an imaging system. (Image source: Texas Instruments)

For gesture recognition, the IWR1443BOOST EVM can serve as the sole hardware platform. In other examples, Texas Instruments demonstrates use of an mmWave BoosterPack in combination with its LaunchPad development kits. For example, a people tracking application combines an IWR1642BOOST EVM with a LAUNCHXLCC1352R1 wireless MCU LaunchPad to demonstrate detection and tracking of people from a remotely deployed radar system. This reference design demonstrates the impact of different chirp settings in extending maximum range at the expense of resolution (Figure 9).

Millimeter wave technology provides range and accuracy advantages well beyond those achievable with earlier methods. For developers, however, multiple challenges at both the hardware and software level have limited deployment of this technology. The availability of mmWave devices, development tools, and a comprehensive software environment from Texas Instruments significantly lowers the barrier to implementation of sophisticated object detection and tracking applications using mmWave technology. 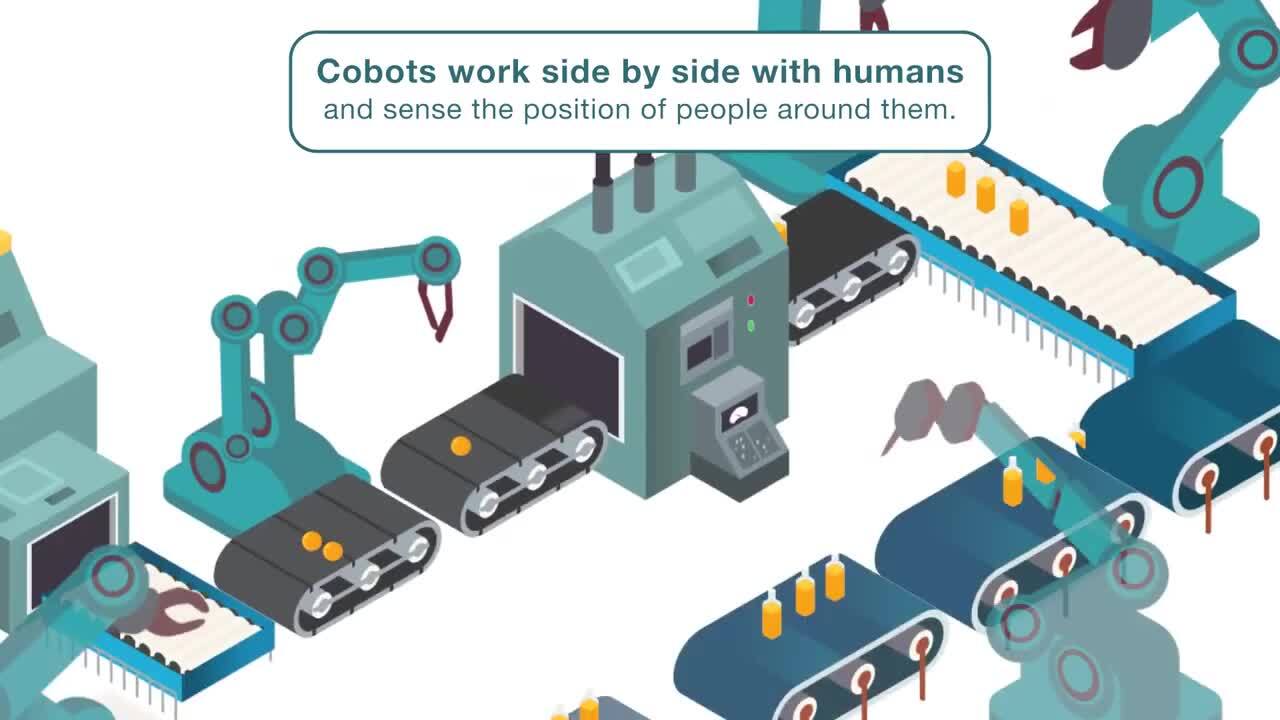