Consumers expect personal electronics and other mobile devices to provide both faster response and greater functionality—all while delivering longer battery life. For developers, however, the requirements for real-time response and high performance in many applications have dictated the use of separate processors to serve these conflicting demands. This adds cost, power, and space, as well as both hardware layout and software complexity.

A better approach would be to integrate the required hardware into a single chip. Enter heterogeneous multicore processing (HMP) devices. Containing multiple cores of different types, these processors can offer advantages of performance optimization, reduced power consumption, and improved system security and reliability.

This article describes how developers can use a heterogeneous multicore processor from NXP Semiconductors to meet the demand for these mixed workloads without compromising requirements for low power and reduced design complexity.

Advances in sensor technology and data processing algorithms have created significant opportunities for developers to manage the conflicting demands of real-time data acquisition and computationally intensive algorithm execution. In the past, developers have typically partitioned these workloads into separate systems.

The rise of edge computing systems has moved application code execution closer to the data source. In fact, demand for faster response from more complex analysis algorithms has now pushed applications processing requirements into end devices themselves. Increasingly, consumers expect sophisticated analysis capabilities including artificial intelligence methods to be built into devices such as Internet of Things (IoT) sensors, wearables, and other low-power products.

The role of heterogeneous multicore processing

Designed specifically for power-constrained portable designs, the NXP i.MX 7ULP family addresses emerging requirements by combining an Arm Cortex-A7 core and a Cortex-M4 core, each supplied by a separate power domain. In addition, the use of different power islands enables different modules to be selectively powered down when not required. As described below, sophisticated power management features integrated in i.MX 7ULP devices let developers use these power domains and power islands to tune performance and power consumption to suit their applications.

When designing the i.MX 7ULP family, NXP built power and performance optimization features into the devices starting at the chip design level and throughout the architecture.

When energy efficiency is a top priority, developers can use RBB to reduce the flow of electrons and further reduce leakage current and overall device power consumption at the cost of lower performance. Conversely, developers can use FBB, which enhances electron flow, to boost performance at the cost of increased power consumption due to higher leakage current.

At the architectural level, the ability to tune power and performance is further extended with the use of multiple power domains including the separate power domains, noted earlier, for the Cortex-A7 and Cortex-M4 subsystems.

To take one example, the power domain for always-on functionality includes a Low-Leakage Wake-Up Unit (LLWU) module that lets developers use multiple external pins or internal modules as the wake-up source for special low-leakage power modes described below.

These architectural features are tied together in the device’s integrated power management controller (PMC), which handles these separate power domains and the device’s power islands (Figure 3).

Using these different low-power modes, developers can set one or both cores and their subsystems in different variations of a normal RUN mode, WAIT mode, and STOP mode.

Normal RUN mode and high-speed HSRUN mode provide high-performance operation to support calculation-intensive portions of an application. In HSRUN mode, the core subsystem operates at its highest frequency. If the application can tolerate lower performance, developers can set the core in Very Low Power Run (VLPR) mode for operation at a maximum frequency of 48 megahertz (MHz) with correspondingly lower power consumption.

In normal WAIT mode, peripherals operate fully but the core is clock gated, waiting in a static state but ready to wake on receipt of a Wait-For-Interrupt (WFI) signal. With this mode, developers can let autonomous peripheral operations fill buffers or use direct-memory access (DMA) transactions to fill system memory before issuing an interrupt that takes the core out of its WAIT state. Very Low Power Wait (VLPW) mode allows peripherals to continue operations at the reduced frequency but gates the core clocks.

In applications such as wearables or portable devices, the system may face extended periods of inactivity, perhaps interrupted periodically by bursts of activity. In these cases, the ability to save power is critical for battery life. When the application can tolerate a slower wake-up time for the core, the ability to place the device in even deeper sleep states than RUN, WAIT, or very-low-power variations offers a particularly effective option. To support this approach, developers can place each i.MX 7ULP core subsystem in a deeper sleep state that incurs different amounts of wake-up time:

For applications with even more stringent power requirements, developers can set each core in the following special low-leakage modes that shut down more device subsystems:

For even greater power savings, developers can use RBB in some power modes including VLPS and LLS with a corresponding reduction in performance and an incremental increase in wake-up time of about 2 to 4 μs.

Conversely, when needing to deal with compute-intensive workloads, developers can run the cores in a special high speed run (HSRUN) mode. HSRUN mode shifts the Cortex-A7 core from its normal 500 MHz operating frequency to an overdrive mode running at 720 MHz.

To implement a low-power system with the i.MX 7ULP, developers can choose from available software programmable power modes and configurations to match requirements for power and performance. On the hardware side, system design is even simpler.

With its MCIMX7ULP-EVK evaluation kit, NXP demonstrates the straightforward hardware interface needed to combine the MC32PF1550A3EPR2 PMIC and i.MX 7ULP device. Along with a system-on-module (SOM) board containing the i.MX 7ULP processor and MC32PF1550A3EPR2 PMIC, the kit includes a baseboard with multiple sensors, wireless capability, an audio codec, an SD connector, and multiple other connectors including JTAG and Arduino (Figure 5).

The demand for both more sophisticated functionality and longer battery life in mobile products has traditionally forced developers to some level of compromise between power and performance. Also, growing expectations for timely data from more sensors in IoT devices, wearables, and other portable products has forced further compromise between real-time capabilities and applications level performance.

However, as shown, developers can turn to HMP architectures such as those used in NXP’s i.MX 7ULP processor family to meet stringent ultra-low-power requirements without sacrificing capabilities. 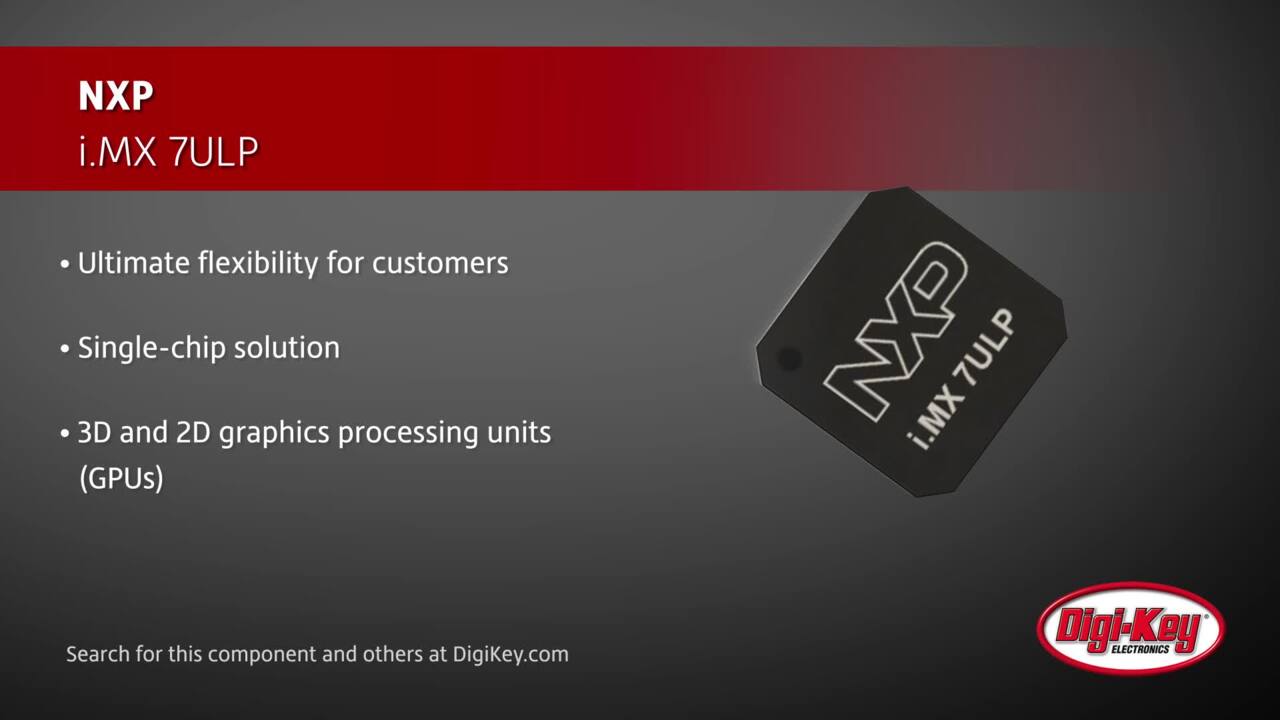