As we noted in a previous TechZone article (“Proximity sensing options, Part 1: Capacitive Sensors”), engineers can employ a wide variety of sensor technologies — capacitive, magnetic, or optical — to determine how close one object is to another and that the choice of technology is very much dependent on the particulars of the application. In this article, we will examine magnetic technologies and their strengths and weaknesses, using examples of different types of currently available sensors and their typical uses.

A magnetic sensor is a device that responds to a change in, or interruption of, a magnetic field in a way that is proportional to the change or interruption. Among the types of magnetic sensors are those that rely upon the Hall Effect and those based on magnetoresistive (MR) effects. The major functional difference between these two types of sensors are that the Hall-Effect sensor responds to changes in a field perpendicular to the sensor’s field while the MR sensor responds to changes in fields parallel to the sensor’s field (Figure 1).

Figure 1: While Hall-Effect (a) and magnetoresistive (b) sensors both respond to an external field, each type of sensor has its own distinct advantages.

Discovered by Edwin Hall in 1879, the eponymous Hall Effect produces a voltage difference (the Hall voltage) across a semiconductor through which a constant current is flowing transversely when a magnetic field is perpendicular to that current (Figure 1a). With an MR sensor, a current difference is produced when a material attached to a constant voltage source is subjected to a parallel magnetic field that changes the resistance of the material, and hence varies the current (Figure 1b). In both cases, the changes are proportional to the change in the magnetic field.

The MR sensor is much more sensitive, up to two orders of magnitude, than the Hall sensor. And whereas the Hall sensor operates with the magnetic poles aligned in a certain direction with respect to the sensor (for example, North up), MR is agnostic with regard to pole direction. Hall sensors, however, have the advantage of being silicon based, which means that they can be monolithically integrated with other digital electronics for filtering and compensation. Readily available magnetic sensors of both types are produced by a number of different manufacturers whose products can be found on the Digi-Key website, including: ams, Bourns, Cherry, Littelfuse/Hamlin, Honeywell Sensing and Control, Magnasphere, Murata, Spectra Symbol, Standex-Meder Electronics, and TT Electronics.

One of the major uses for magnetoresistive sensors is for precision, non-contact measurement of displacement; medical, transportation, and industrial systems all find uses for MR sensors in this way. An example of such a sensor is the APS00B from Honeywell Sensing and Control. The APS00B high-resolution magnetic angular-position sensor IC is a miniature surface-mount device for angular or rotary displacement designed for magnetic, saturating field sensing. It creates an analog output voltage that varies with the direction of the magnetic flux passing over the IC surface.

The APS00B uses Honeywell’s Anisotropic Magnetoresistive (AMR) technology, which has some advantages over Hall-Effect-based magnetic sensors. AMR is able to resolve better than a tenth of a degree or a tenth of a millimeter, withstand large variations in magnet-to-sensor gaps, and exhibit insensitivity to shocks and vibrations. The technology is used in dual saturated-mode Wheatstone bridges (Figure 2) that generate quadrature (sine and cosine) signals to provide an extended range of angular measurements up to 180°.

Figure 2: Honeywell’s APS00B magnetoresistive sensor uses dual sensors in bridges for precise sensing, resolving better than 10 mm. The sensor (at left) is shown in use with an instrumentation amplifier and a microprocessor with an ADC to convert the sensor’s analog output to digital form before further processing (courtesy of Honeywell Sensing and Control).

Honeywell created the sensor as a cost-effective and space-efficient solution for high-volume OEM designs; potential applications include position sensing and rotary speed and angle detection in addition to non-contact precision location measurement. Surface-mount devices are designed to be attached directly to the electrical traces of a PC board (PCB) by an automatic solder-reflow operation; since the sensor does not require that holes be drilled in the board, it may help reduce the PCB cost.

One of the most common applications for Hall-Effect sensors is determining the proximity of a gear tooth. This has seen application in CNC machine tools, measuring transmission speeds, and for providing industrial feedback control.

An interesting device of this type is the GS100102, a member of the GS1001, 1002 series from Cherry. The rugged gear-tooth sensor is designed for use in applications where ferrous edge detection or near-zero-speed sensing (without power-up recognition) is needed. The device operates from 5 to 24 VDC, drawing a maximum of 6 mA with a rise time of just 5 µs. Contained in a stainless-steel housing, the sensor is ESD resistant to 4 kV (contact discharge) and has an operating temperature range of −40°C to 125°C. The target whose position is being detected should be made from low-carbon, cold-rolled steel. Performance is affected by such things as gear-tooth height, width, thickness, and the gap between teeth (Figure 3).

Figure 3: The GS100102 from Cherry is designed to work in rugged conditions at near-zero-speed. Note that its current-sinking output requires the use of a pull up-resistor (courtesy of Cherry).

Another frequently-used type of Hall-Effect sensor is the vane, or slot, detector. In this type of device, a Hall-Effect sensor and a magnet are mounted opposite each other, with a slot between them through which a ferrous material can pass. When the slot is blocked by the ferrous material (referred to as the vane), the flux density seen by the Hall sensor is reduced, and an output results.

An example of this type of sensor is the 55085 miniature-vane Hall-Effect sensor from Littelfuse/Hamlin (Figure 4). In this unit, the sensor and magnet are contained in a single housing with a 3-pin leadout integral to the sensor. The sensor has reverse- and over-voltage protection and built-in temperature compensation.

Figure 4: The 55085 from Littelfuse/Hamlin is a vane-type Hall-Effect sensor with a built-in magnet in a small package. Optional capacitor Cn can be placed close to the sensor if needed to suppress transients, while Rpu is a pull-up resistor for sinking output (courtesy of Littelfuse/Hamlin).

Intended for such applications as position and limit sensing, shaft rotation sensing, and security systems, the unit offers several benefits, including high switching speeds (up to 10 kHz) and a long life (up to 20 billion operations). Further, it is unaffected by harsh environments and can operate in static or dynamic magnetic fields. Not the least of its virtues is its small size; the packaged device has a 28 x 9 mm footprint and a height of 13.5 mm, not including the pins. 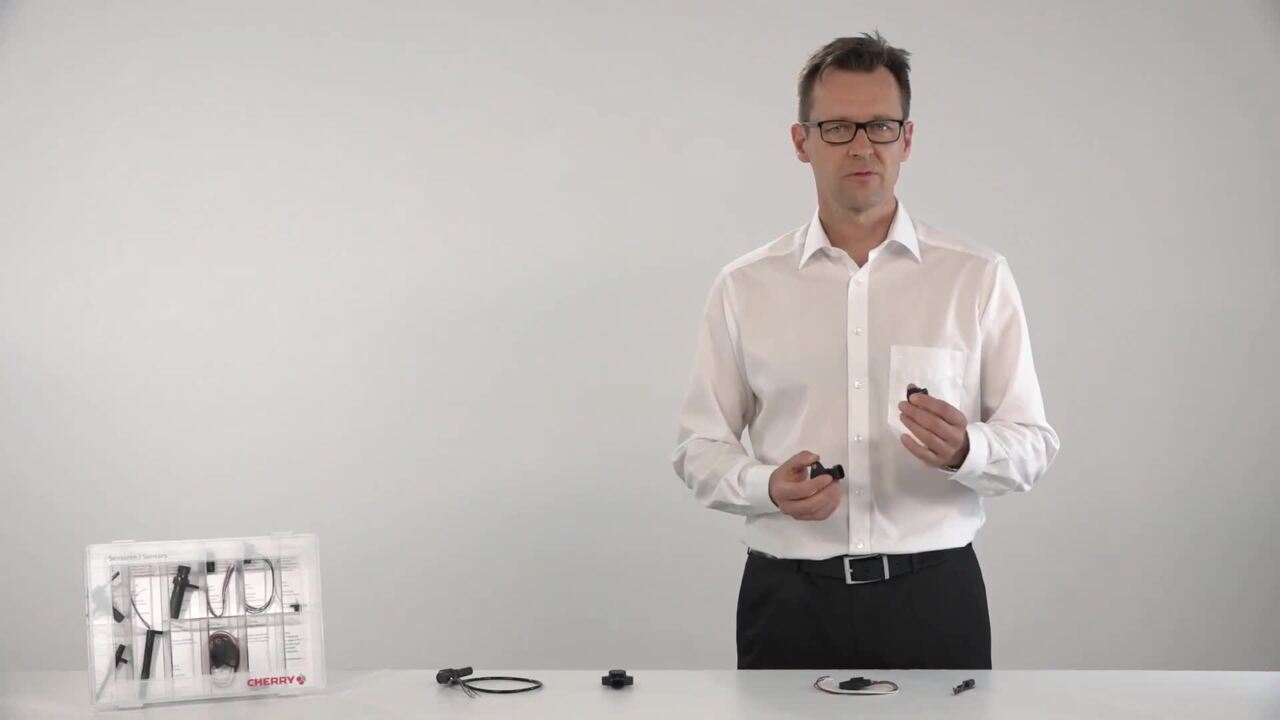 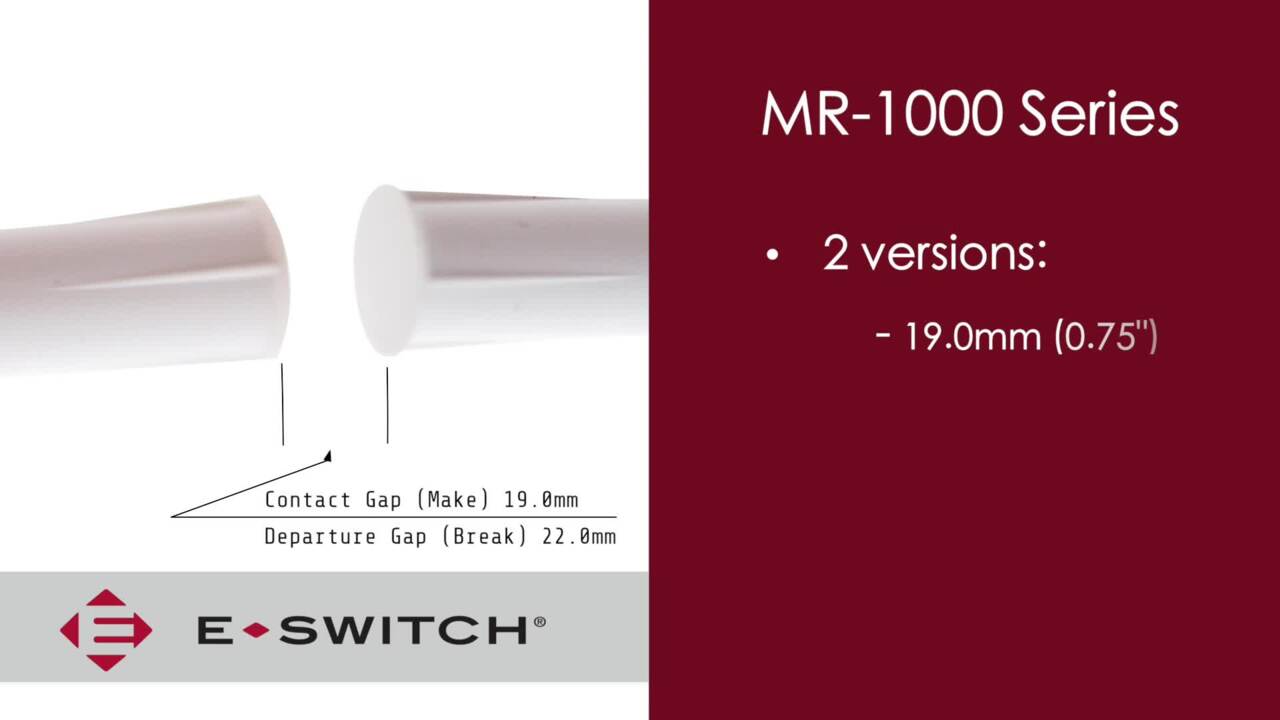 Setting and monitoring a status signal

Editor Richard Comerford is responsible for Electronic Products magazine’s coverage of lighting and optoelectronics, mechatronics, packaging and enclosures, sensors and transducers, and test and measurement. Comerford is an electrical engineer who has spent more than 30 years writing about electronics for major industry publications and serving as a professional consultant for numerous test and measurement projects.