Sensors and small-signal analog systems often use sensitive and fragile front-end circuitry that may be easily damaged. High-voltage differentials can build up and discharge as electrostatic spikes, destroying sensitive semiconductor junctions. Even with common grounds and surge protection, electrical isolation is often what is necessary to make sensor electronics operate safely in the conditions to which they are exposed.

If the sensor is “floating” with the isolated or higher voltage circuitry it is monitoring, it can usually survive the highs and lows of potential differences, but, once connected to a stable ground-referenced network, all bets are off. By the time a fuse or transorb (transient voltage suppressor) can react, it is too late.

This article discusses linear optoisolators, also known as optocouplers; the distinguishing feature between these two largely interchangeable terms referring to the same function often is the amount of voltage being isolated, with the latter generally less than 5,000 V and the former term more frequently used for higher-voltage-isolation power systems. In either case, the main purpose is to prevent high voltages or rapidly changing voltages on one side of the circuit from damaging components or distorting transmissions on the other side.

It is easy to conceive that any AC signal can be passed across an isolated barrier using a transformer. The electromagnetic coupling between the windings is safe, well characterized, and is commonly in use today. Even sensors with DC levels can use voltage-controlled oscillators (VCOs) to send isolated analog information across a transformer.

However, copper costs more than sand, so silicon solutions that provide good operational performance are often more cost effective than the material- and labor-intensive transformers. In addition, while transformers are now pretty small, they still take up more space that a small-form-factor IC on a circuit board. The height difference alone is quite apparent.

Optoisolators are an established technology and are easy to understand and even build. Both large-gap hermetically sealed types (such as photo interrupters) and monolithic types are readily available from several suppliers.

Most optoisolators are digital and can have logic outputs, transistor outputs, and even SCR- and Triac-driven outputs. This is useful to indicate digital states such as an alarm condition, for example, but not usable for analog information unless paralleled into a bus, which is not cost or space effective.

One technique that does work with a digital optoisolator is to drive it with an oscillator that either varies its frequency with respect to the applied input signal, or varies its pulse width. This can actually work quite well, but may involve more circuitry at the sensor end like VCOs or embedded microcontrollers.

If space permits, you can build your own analog optoisolating circuit using a well-characterized photo emitter and detector. This feed forward design can use transistors or op-amps at either end to help linearize and calibrate the levels (Figure 1). For specialized equipment and very-low-volume projects, this is a viable approach.

Figure 1: With well-characterized sensors, emitters, and detectors, linear optoisolators can be made from discrete components. This open-loop approach needs to be calibrated and may suffer temperature and aging performance degradation, but can be made to be isolated to very high voltages.

It should be noted, however, that nonlinear characteristics, temperature variation effects, and chronic degradation can limit accuracy and performance, especially in a field-deployed sensor. Each one needs to be calibrated and most likely will use a look-up table to maintain accuracy since this approach operates the linear isolator in an open-loop architecture. There is no feedback to stabilize or correct the signal.

To overcome this, Siemens (now Vishay) came up with the IL300 linear optoisolator that uses an internal AlGaAs IRLED to provide flux to two independent PIN junction photodiodes in a bifurcated arrangement (Figure 2). This lets one become the output, while the other creates a feedback path to stabilize the drive circuitry.

By matching the PIN photodiodes inside the part, the input/output coupler gain is insured, which negates the effects of time and temperature deviations and inaccuracies. As a result, the PIN diodes accurately track the flux output of the LED and deliver a 0.01 percent servo linearity specification with bandwidths up to 200 kHz.

Figure 2: Matched photo detectors are the key. With one in the feedback stage and one in the output stage, stabilization occurs with good linearity.

To take advantage of the 5,300 V isolation barrier, an op amp is used in a feedback loop to precisely control the drive current to the photo emitter (Figure 3). The feedback current Ip1 is directly proportional to the feedback transfer gain (K1) times the LED drive current. In other words, the Op-Amp will supply LED current to keep the node voltage (Vb) equal to Va.

Figure 3: Biasing the matched feedback photo detector assures precise current flow on the other side of the opto-isolated barrier.

A unity-gain, non-inverting buffer amplifier receives the signal through the use of R2 which performs current to voltage conversion. Note, this amplifier could have gain, could be an integrator, or perform other linear functions, as well before feeding into an A/D converter or servo electronics.

A similar part is available from IXYS. The LOC110STR follows the same approach with the reference PIN diode and even has the same pinouts. They do have different specs, though. For example, the IL300 uses up to 60 mA forward current while the LOC110 uses up to 100 mA. The IL300 is isolated up to 5,300 V, where the LOC110 is 3,750 V. Current transfer specs differ a bit, as well. Review the datasheets to make sure which part better suits your needs.

A good source for application information is Avago, whose similar HCNR201-500E needs only 25 mA forward current and provides 5,000 V isolation. Again, the specs for current transfer, temperature response, and the like will vary from manufacturer to manufacturer.

What makes the Avago part stand out is its thorough datasheet?¹ Over a dozen application examples are provided. Each configuration is documented and includes the most simple and basic designs, precision designs (Figure 4), and even 4 to 20 mA application examples. As any engineer can attest, good data and design ideas always help when confronted with a new project.

Using optoisolators with transistor outputs to stay in their linear regions is a viable and low cost approach to linear opto-isolation. Most opto-output stages are optimized for clean and fast switching, but some behave well in linear mode.

Take, for example, the Fairchild H11F3M Photo-FET optocoupler. This part uses a gallium-arsenide infrared emitter coupled to a symmetrically bilateral silicon photo detector. The electrical isolation passes a clean and distortion free signal to the other side, which basically acts as a controllable resistor.

Several good application examples are provided in its datasheet,² such as isolated variable control, automatic gain control, multiplexed A/D converters, isolated filter and tuning control, and more. The simplest option is biasing the FET resistor right into a microcontroller’s A/D input for very small, low-cost designs. An especially useful application provided by Fairchild is the isolated sample and hold (Figure 5).

Passing linear information across high-voltage barriers can be tricky and result in unreliable operation if not undertaken with care. While established higher-cost techniques can be used, clever use of linear opto-isolation can provide sensor isolation, protection, and enable good performance over the designed range. All parts, datasheets, training, and development systems mentioned here are available on the Digi-Key website. 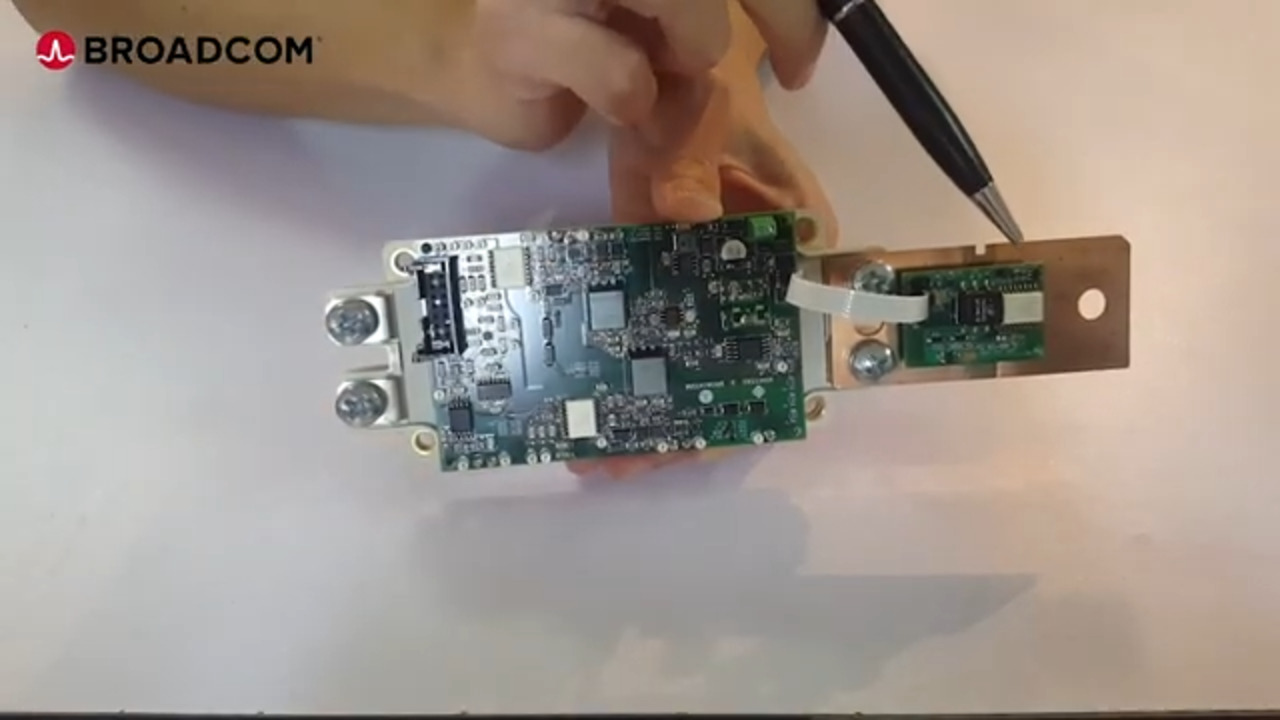 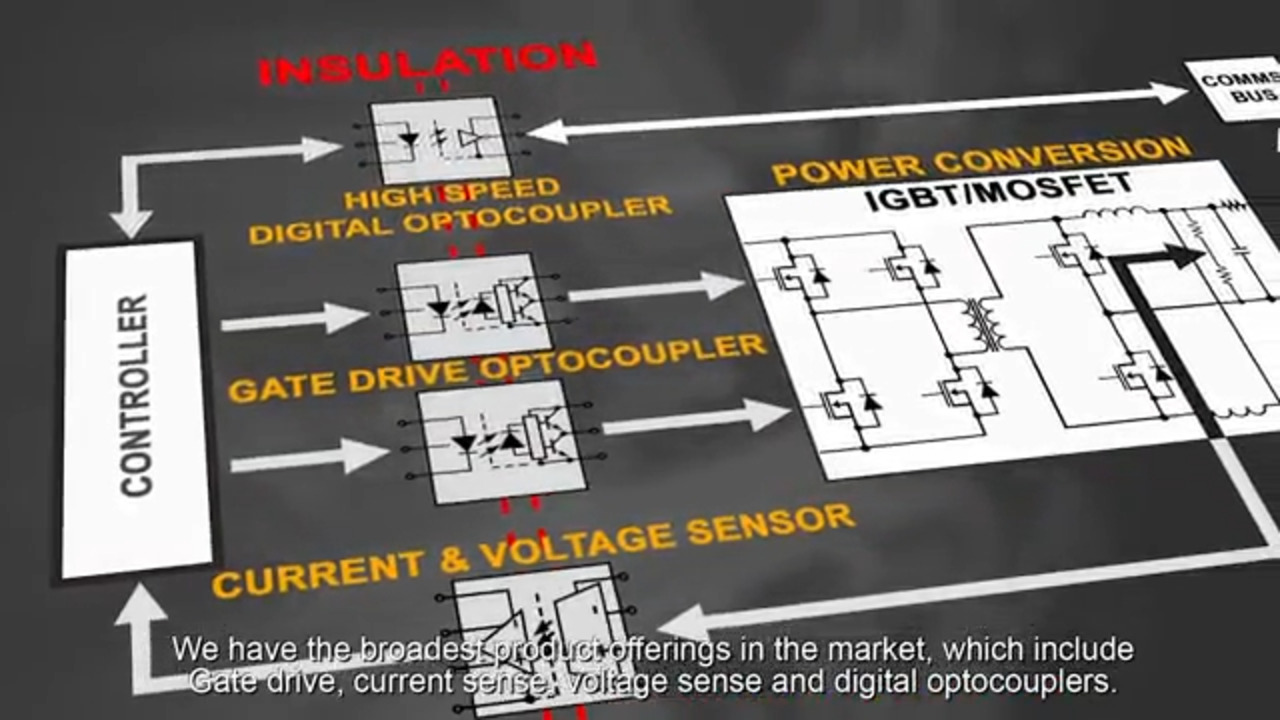 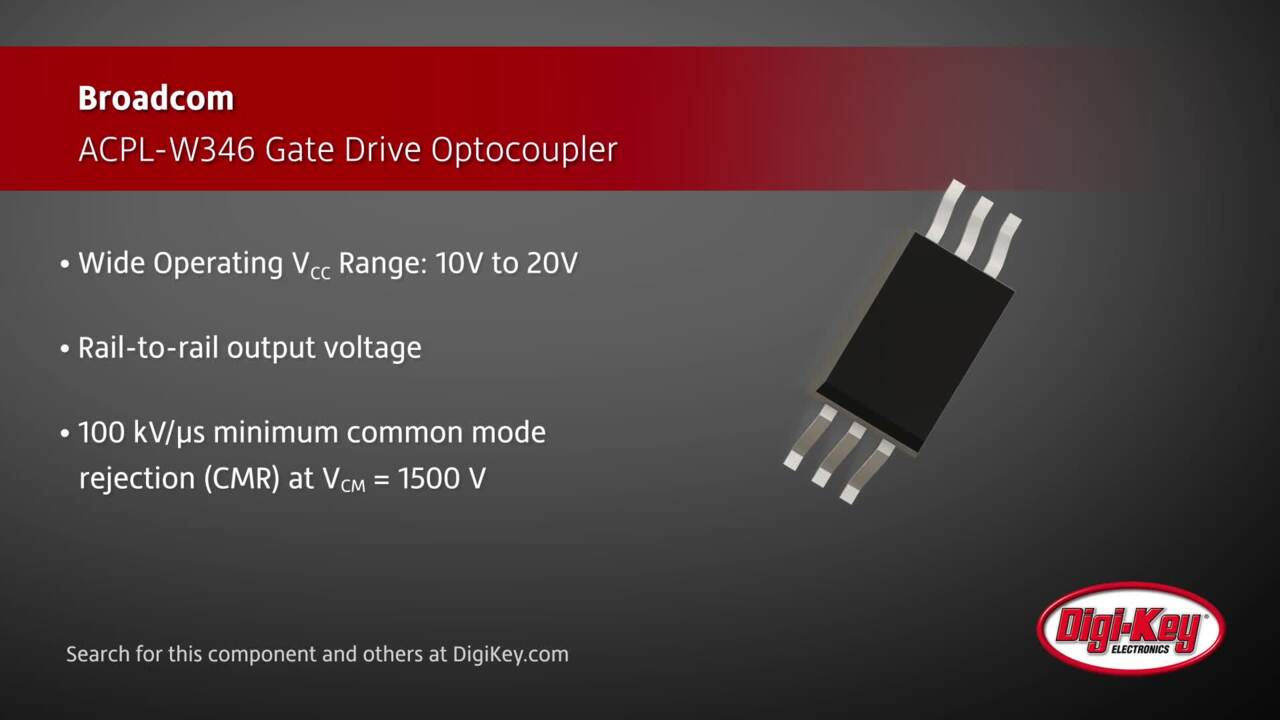