Once relegated to aerospace applications such as altitude and heading reference systems, inertial sensors — often found in highly-integrated inertial-measurement units (IMUs) that combine gyroscopes, accelerometers, magnetometers and pressure sensors — are finding new life in advanced gaming and industrial applications, such as robotics and automation systems.

Inertial sensors detect and measure acceleration, tilt, shock, vibration, rotation and multiple degrees-of-freedom (DoF) motion. Until recently, their primary use was in Inertial Navigation Systems (INS) as a navigation technique in which measurements provided by accelerometers and gyroscopes tracked the position and orientation of objects relative to a known starting point, orientation and velocity. They were — and are — used in such large applications as aircraft, tactical and strategic missiles, spacecraft, submarines, and ships.

Advances in MEMS technology, however, have enabled manufacture of small INS units, opening up their use in many more applications, including those involving motion capture. Gesture-recognition interfaces are a good example. Defined gestures, such as taps, double-taps, or shakes, allow users to activate different features or adjust the mode of operation of a game controller. In industry, gesture recognition also makes devices more usable where physical buttons and switches would be difficult to manipulate. Button-free designs can also reduce overall system cost in addition to improving the durability of end products, such as underwater cameras, where the opening surrounding a button would let water seep into the camera body.

Motion sensing in gaming became visible in the early Sega and Sony PlayStation units, but really blossomed with the Ninetendo Wii. The first controller-less gaming was seen with Microsoft’s Kinect peripheral and the industry rapidly heated up, as did sensor use for a variety of applications outside of gaming, such as wearables.

Following the Wii and then Kinect, the Razer Hydra, also known as Sixense TrueMotion, is a more recent disruptive-gaming technology enabled by sensors. Designed to feature a wireless-motion and orientation-detection game controller, it uses a magnetic-field wearable object to detect controller absolute position and orientation; it can track both of the gamer’s hands on the controller in full-3D real-time, with an accurate 10-millisecond refresh rate. The controller features 6 DoF and amazing precision of 1 mm and 1 degree.

Designers exploring inertial sensing options will find more sensors in a single package with no hit on performance, small form-factors, thermal and mechanical stability, software compatibility, and an enhanced user experience such as motion-sensing realism in gaming controls.

An example is the STMicroelectronics INEMO-M1 system-on-board (SoB) that integrates multiple sensors (accelerometers, gyroscopes and magnetometer). The smallest 9-axis SoB of the iNEMO module family, it integrates a 6-axis geomagnetic module, a 3-axis gyroscope and an STM32F103 32-bit ARM Cortex-M3 32-bit MCU. This system-on-board offers scalable computational and sensing features in the same footprint and pinout. INEMO-M1 can be used in combination with ST’s sensor-fusion software to seamlessly design high-performance 3D-orientation and motion-sensing applications — both important in gaming and wearables.

Engineers will find the STEVAL-MKI121V1 Discovery-M1 board based on the INEMO-M1 (Figure 1) useful in developing inertial-sensor apps. The M1 features an open architecture so that peripherals and communication interfaces of the MCU and sensors are easily accessed by user software. The architecture also reduces the need for additional external components.

To aid in user development and analysis, the Discovery-M1 demonstration kit includes a PC GUI for sensor-output display and a firmware library to quickly support the use of the demonstration-board features.

Another excellent example is the ADIS16407 iSensor device by Analog Devices, a complete inertial system that includes a tri-axial gyroscope, tri-axial accelerometer, tri-axial magnetometer, and pressure sensors. Each sensor combines the supplier’s iMEMS technology with signal conditioning for best performance. Factory calibration characterizes each sensor for sensitivity, bias, alignment, and linear acceleration. As a result, each sensor has its own dynamic-compensation formulas for greater accuracy.

The ADIS16407 provides a simple, cost-effective method for integrating accurate, multi-axis inertial sensing, especially given the complexity and investment associated with discrete designs. All necessary motion testing and calibration are part of the production process at the factory, reducing system-integration time. The SPI and register structure provide a simple interface for data collection and configuration control. The ADIS16407 is packaged in a module that is approximately 23 mm × 23 mm × 23 mm and has a standard connector interface.

Sensor-driven disruptive technologies will continue to be part of gaming in the future. More than 90 million Nintendo Wii units and 10 million Microsoft Xbox 360 Kinect consoles have found their way into homes since their inception in 2006 and 2010, respectively, and gaming technology development is accelerating rather than slowing.

Even greater sensor fusion and advanced integration of measurement unit modules are likely to be at the heart of new gaming systems. The PrioVR gaming suit from YEI Technology, (Figure 3), uses high-performance inertial sensors to provide 360 degrees of low-latency, real-time motion tracking without the need for cameras, optics, line-of-sight, or large, awkward equipment.

Figure 3: PrioVR’s sensors are placed on key points of the gamer’s body to capture movements and translate them on-screen in real-time. PrioVR is wireless, allows for multiple simultaneous users, and will work indoors or out, in capture spaces of any size.

For more information about the products mentioned in this article, use the links provided to access product pages on the Digi-Key website. 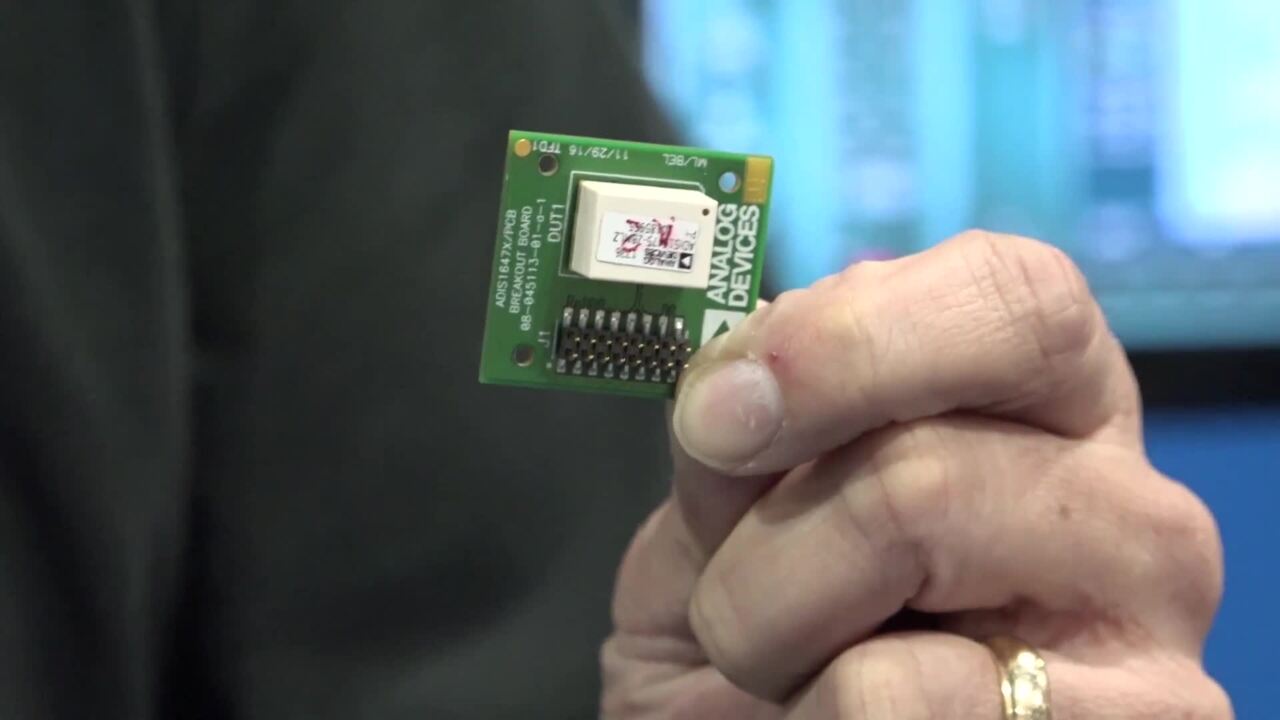 STM32Cube Combining a PC software tool and a set of embedded software bricks, the STM32Cube and related tools are for use with microcontrollers.
STM32 Cortex™ - M3 32-bit Microcontrollers Developed for embedded microcontrollers, this ARM is the latest standard core, is high performance, and has single cycle multiply and hardware division.
Smart Grid Solutions Applies to the generation, distribution, and utilization of energy. Focuses on optimizing use and increasing flexibility, reliability, and renewable energy.