With the growth in GPS applications such as asset tracking, chip vendors worked to address these cost and development time issues, leading to the development of low-cost modular GNSS solutions. These first generation modules made adding GPS more cost-effective and straightforward for designers with limited experience to get started. However, some compromises in functionality were inevitable. They remained overly complex to implement, and evaluation kits were rare.

A new generation of GNSS modules has now emerged that addresses the weaknesses of earlier modules with minimal cost penalty. These devices have improved acquisition speed and precision, and have higher levels of integration to reduce design complexity and reduce solution size. They also come with evaluation platforms that make it much easier for the developer to build, test, and configure a prototype.

This article describes the key enhancements of this second generation of devices and shows how to use a modern GNSS module evaluation board to prototype a design.

The evolution of GNSS modules

Designing a GNSS system from scratch is a complex business. Such difficulties have encouraged the emergence of inexpensive modular solutions costing under $50 per unit with reasonable performance, compact dimensions, and low power consumption.

However, in an effort to keep prices low and accelerate commercialization there were some downsides with the first generation of modular GNSS solutions, including:

A new generation of GNSS modules addressing these drawbacks is now entering the market. Engineers can select from several high-performance, integrated modules and try out concepts using the manufacturers’ associated evaluation kits before committing to a particular component.

This second generation of GNSS modules also offers faster satellite acquisition and improved positional accuracy. Part of the improvement in acquiring the satellite position is due to increased memory to store more ephemeris information to more quickly reacquire a satellite after a long loss-of-signal period. However, even with a large flash memory, accurate ephemeris data is valid for only four hours for GPS and 30 minutes for GLONASS.

Further improvement has come from the use of “assisted GNSS”, a technique whereby the module obtains ephemeris information from external sources over another wired or wireless connection, rather than directly from the satellites.

Module supplier u-blox, for example, offers a service whereby ephemeris data can be accessed via an Internet-connected host microprocessor and fed to the module at start-up. An offline version of the service is also available whereby up to 35 days of orbit data is downloaded and stored in the host processor and/or GNSS module flash memory. Further, u-blox offers its “AssistNow” technology which uses historical data to predict the orbital position of satellites up to six days ahead.

Techniques such as assisted GNSS improve cold start TTFF from around 60 s for first generation GNSS modules to 27 s (for GPS and GLONASS constellations) in the case of newer modules such as u-blox’s EVA-M8M-0 GNSS module. The solution offers a cold start sensitivity of -148 dBm which helps speed up TTFF in the absence of assisted GNSS.

Satellite-based augmentation systems (SBASs) are also used to notably improve the positional accuracy of cost-effective GNSS modules. These systems supplement GNSS data with additional regional or wide area GNSS augmentation data from technologies such as wide area differential GPS (WADGPS). WADGPS uses information from fixed base stations of known location or geostationary satellites that remain in a fixed position relative to the Earth’s surface. Such information allows the GNSS module to correct for timing and positional errors to improve location accuracy. The EVA-M8M-0 GNSS module, for example, can use SBAS to offer a location accuracy of ±2.5 m (Figure 2).

The EVA-M8M-0 is a highly integrated design, requiring just the addition of an external GNSS antenna for most applications. Notably, the module includes an internal microprocessor. The module also includes internal RAM and ROM, in addition to a serial quad interface (SQI) to connect to external flash memory for additional data storage if required. There is also provision to connect an external crystal to further improve timing accuracy.

Designing with GNSS modules requires adherence to established RF design guidelines. Antenna choice, pc board layout, crystal selection, and tuning circuit design will have a significant effect on radio sensitivity and performance factors such as TTFF and positional accuracy.

Because the hardware requirements for any RF application are finicky, it is useful to test out a shortlisted module’s performance without having to construct a hardware prototype. Second generation modules are now accompanied by evaluation kits that allow the designer to do just that.

STMicroelectronics, for example, offers its Teseo-LIV3F GNSS module evaluation board. The board is a standalone evaluation platform for the Teseo-LIV3F GNSS module. The module is a fully integrated device which includes a GNSS core based on an embedded ARM® microprocessor, crystal and real-time clock (RTC), power management, UART and I2C connectivity, and 16 megabits (Mbits) of flash memory. This is all integrated into a package measuring 9.7 by 10.1 mm (Figure 3.) The on-board flash memory allows for up to seven days of assisted GNSS, firmware reconfiguration, and firmware upgrades.

Configuring the Teseo-LIV3F GNSS module eval board is accomplished by connecting to the board’s “UART” input. This is actually a USB-style connector to allow for easy connection to a PC, but the evaluation board includes an internal USB to UART bridge from FTDI to allow the PC to communicate directly with the module. The GNSS module’s UART then appears on the PC's application software as a standard COM port, though the actual data transfer between the PC and GNSS module is achieved via the USB interface (Figure 4).

Figure 4: For configuration, the STMicroelectronics evaluation board is connected to a PC running application software via a USB connector. The USB signal is converted to the UART signal used by the GNSS module via a bridge from FTDI. (Image source: STMicroelectronics)

Figure 5: Communication between the GNSS receiver and the host microprocessor is via UART or I2C channels and uses the NMEA protocol. (Image source: STMicroelectronics)

The message structure of the NEMA protocol is straightforward, for example:

Many module makers opt for proprietary schemes for commands and messages. For example, NMEA commands from STMicroelectronics take the form of “$PSTM…” to indicate the instructions are in the company’s proprietary (“P”) format.

To configure the Teseo-LIV3F GNSS module evaluation board, install STMicroelectronics’ Teseo Suite Light, a PC-based application program. Following the program’s intuitive interface, it is straightforward to add the device to the configuration list and activate port connections.

For example, once the UART port is active, the device will begin to operate and it’s possible to observe the NMEA view panel to check the messages and commands being sent from/to the GNSS module.

Once a command is executed, the GNSS module replies with a predefined message and the command is sent back to the host as a final confirmation of execution. For example, to test the effect of STMicroelectronics’ ST-AGNSS technology, control the receiver using the NMEA commands shown in Table 1.

ST-AGNSS is an assisted GNSS which provides ephemeris data to the GNSS receiver in much less time than it takes to obtain actual data from satellites on TTFF.

Modular GNSS technology has extended location tracking technology to a much wider range of applications. Now, improvements in integration, hardware, firmware, assisted GNSS, and augmented positioning see second generation devices extended to applications where fast fix times and enhanced positional accuracy are critical. The new modules inherit the size, cost, and power consumption benefits of their predecessors, but are supported by evaluation boards and PC-based application software to greatly simplify the design process. 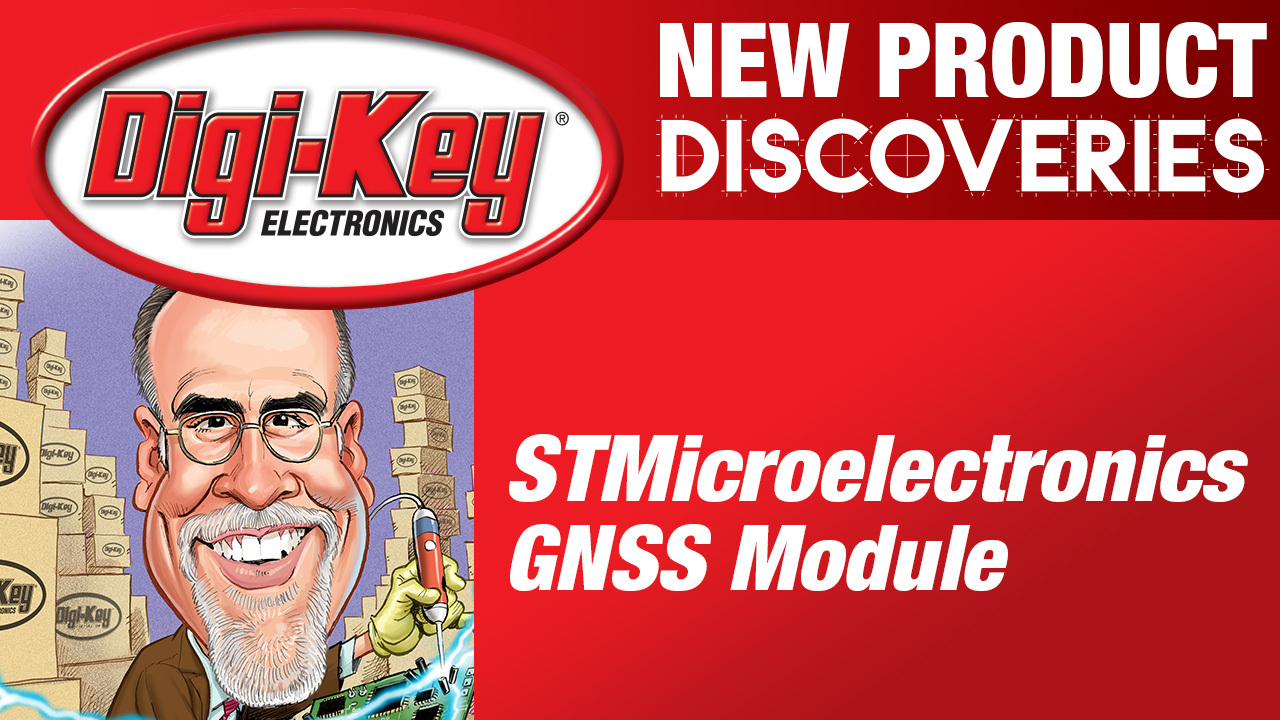