Wireless solutions are becoming the primary networking interface for mobile devices, and are now migrating to stationary devices in both consumer and industrial applications. These wireless solutions utilize the cellular, wireless telephone, Wi-Fi, and WiMAX® bands. Historically, the method of increasing bandwidth on these channels involved increasing the baseband frequency at which the connections are made. Today, however, the amount of data being transferred is rising faster than can be handled by using legacy design technologies at new, open-spectrum frequencies. As a result, new systems are shifting from single input, single output (SISO) systems to multiple input, multiple output (MIMO) and multi-frequency/protocol connection options. The logic and specifications for MIMO are incorporated into new standards; however they are driving system complexity by requiring multiple RF amplifiers and transceiver systems in a single design.

RF communication employs a set of receivers and transmitters to send data from point to point. In clear spectrum areas, RF communication has been dominated by SISO systems that consist of a set of antennas and RF circuits.

With rising data rates and signal congestion, multiple antenna configurations that include more than one receiver and transmitter are being utilized. These MIMO configurations improve communication performance by spreading the total transmit power of the antennas in order to achieve an array gain that increases the spectral efficiency and/or a diversity gain that improves the reliability of the connection. Spectral efficiency is the measure of the number of bits per second per hertz of bandwidth; diversity gain is measured by the fading characteristics of the wireless signal and reflects the change in attenuation of the signal through the carrier medium and obstacles such as walls. Figure 1 shows the various antenna and transmitter/receiver combinations that range from SISO to MIMO.

In order to implement these multiple antenna systems, the data and RF have to be split and modified and go through separate paths. MIMO technology is made up of three central pieces: precoding, spatial multiplexing, and diversity coding. The most common method for Wi-Fi, WiMAX, and cellular systems is a method called MIMO-OFDMA (orthogonal frequency division multiple access). OFDMA supports both spatial multiplexing and diversity coding.

Precoding can be described as a form of multi-stream beamforming. In general, it is considered the collection of all spatial processing that occurs at the transmitter. In single-layer beamforming, the same signal is broadcast from each of the transmit antennas with both an appropriate phase and gain weighting so that the signal power is maximized when it reaches the receiver input. If the receiver has multiple antennas, the transmit beamforming cannot simultaneously maximize the signal level at all of the receive antennas, so pre-coding of the data being sent into multiple streams is performed.

Spatial Multiplexing uses an MIMO antenna configuration and takes a high-rate signal which then is split into multiple lower-rate signal streams. Each of these streams is then transmitted from a different transmit antenna in the same frequency channel. When these signals arrive at the multiple receiver antennas, each with a different spatial signature, the receiver can separate these streams into parallel channels. The maximum number of spatial streams that can be used is defined by the lowest number of antenna sets in the transmitter or receiver path.

Diversity coding methods apply to single streams that are transmitted rather than a multiple stream scenario. The signal is coded using a technique called space-time coding. The signal is broadcast from each of the transmission antennas with full or near orthogonal coding. Diversity coding uses the independent fading characteristics in multiple antenna paths to enhance signal diversity.

MIMO solutions add quite a bit of additional systems overhead and complexity for designs that do not currently have a wireless interface. For products where connectivity is being added for the first time, integrated solutions are available that support the entire MIMO function including the transceivers.

An example of these integrated systems is Maxim Integrated Products' MAX2839. This SoC is a complete direct-conversion, zero-IF, RF transceiver for 2 GHz 802.16e MIMO mobile WiMAX applications. The device incorporates a single transmitter with two receivers. For high performance, the receivers have greater than 40 dB of isolation between them.

Figure 2 shows a block diagram of Maxim’s MAX2839. The MAX2839 integrates all the circuitry needed to implement the RF transceiver function, the RF-to-baseband receive path, and the baseband-to-RF transmit path; it includes a VCO, frequency synthesizer, crystal oscillator, and baseband/control interface. The local oscillator I/Q quadrature phase error can be digitally corrected in the chip in approximately 0.125 degree steps. The broadband RF radio solution only requires an RF bandpass filter, crystal, RF switch, PA, antenna and a few passives.

The design eliminates the need for an external SAW filter by having programmable monolithic filters for both the receiver and transmitter for all the 2 GHz and 802.16e profiles integrated into the design. The design supports up to 2048 FFT OFDM and implements programmable channel filters for 3.5 to 20 MHz RF channel bandwidths. These RF features are controlled by a low-power shut-down mode control which allows the system to be used in mobile applications for extended battery life. The chip can operate the RF on a power supply of 2.7 to 3.6 volts.

In order to have the system work as a transceiver, it needs an antenna array. An array of multiple surface-mount antennas such as Pulse Electronics’ W3108 (see Figure 3) would be a typical solution. These are tuned to specific frequency allocations such as the 2.4 GHz band for working with Bluetooth, 802.11b/g, ZigBee®, 2.4 GHz WLAN, and Wi-Fi. For a MIMO configuration, one of these antennas is needed for each receiver and transmitter in the system. They provide a gain of 1.5 dBi with an input impedance of 50 ohms.

While these MIMO configurations provide increased data throughput, they are not without cost and complexity. Each of the individual antenna paths – on transmit and receive sides – requires a power amplifier to drive it and pick up the RF signal. For systems that not only have multiple signal paths on the same channel band but support multiple bands, there may be quite a large number of these amplifiers in the system. A typical mobile device that supports 802.11g/n wireless with Bluetooth® and a cellular band may have up to six PAs in the system. There is one for the 2.4 GHz G band, two for MIMO on the 5 GHz N band, one for 2.4 GHz Bluetooth, and two for MIMO on the cellular or WiMAX bands. As a result of this signal diversity and associated channel isolation requirements, these PAs are generally single amplifiers in a surface-mount package so that they can be distributed around the footprint of the design.

Selection of the proper amplifier and its associated passives requires an understanding of the offerings and process technologies presented by the different vendors. The Product Training Modules from manufacturers such as Analog Devices and NXP Semiconductors outline key details that differentiate their products. These amplifiers can be found for applications in the kHz to 20 GHz spectrum.

These power amplifiers are supported by simple passives with the major filters being in standalone blocks or incorporated into other devices. A typical application for an antenna drive is shown in Figure 4 as an application for NXP’s BGA2771 MMIC RF amplifier. These single-antenna configurations tend to be used in MIMO applications where there is a short range and when minimized power is a constraint. These single-amplifier devices provide about 21 dB of insertion gain to the system. For higher-gain applications, these devices can be cascaded prior to driving the antenna. The single amplifiers also can be used for IF and post-mixed wideband applications in addition to final-stage power output applications.

For configurations where there is a possibility of high noise or excessive fade in the signal between the transmitter and receiver, multi-stage amplifiers are typically used. Examples of multi-stage amplifiers are Microchip Technology’s SST12LP08 and Skyworks Solutions’ SE2609L. The Microchip amplifier is a two-stage device that provides about 30 dB of gain across the 2.4 GHz band (see Figure 5). For temperature stability and high efficiency the device features a temperature- and load-insensitive on-chip power detector with separate power supplies for each amplifier and the bias generator. The net result from this combination is a function 802.11g OFDM adjacent channel power ratio (ACPR) of up to 23.5 dBm, with approximately -2.5 dB of gain variation over -40°C to +85°C.

Similar to the Microchip part, the Skyworks amplifier (see Figure 6) is also a multi-stage design with a power detector. This design uses three stages rather than two and provides a 28 dB gain in the 2.4 GHz band. This device supports both 3.3 and 5.0 volt operation and OFDM at 54 Mbps for 802.11g applications. The multi-stage design allows the part to provide closed loop monitoring of the output power so that mismatch on the drive for multiple channels can be minimized.

One of the critical pieces to a successful MIMO design implementation is the minimization of noise and isolation from signal coupling of the power supplies. Ground loops and shared grounds through the antenna connection and the amplifier/mixer blocks can reduce the channel-to-channel isolation and hence increase the signal fade. It is important to use separate grounds for each device and separate ground planes for adjacent MIMO signal streams. Where the RF is running at a channel frequency that is close to the operating clocks for the digital logic driving the wireless connection, the digital devices should reference a separate ground plane.

For the power side, it is also essential that signal isolation be maintained by using separate regulators or a multi-output power management controller. These devices, such as Maxim’s MAX8663 power management controller for single-battery systems, can support a large number of separate power paths in these MIMO designs. Figure 7 shows the block diagram of the MAX8663. Designed for smartphones, PDAs, internet appliances, and other portable devices, it integrates two synchronous buck regulators, a boost regulator that can drive two to seven LEDs, and four low-dropout linear regulators (LDOs). The device also features a linear charger for single-cell Li-ion batteries. To help manage the system function, it integrates a thermal limiting circuit for the battery charge and peak loading to prevent overheating. When in low-power mode, it can direct residual power from an external power source to the battery charging function.

Multiple single-device-regulated outputs are a major advantage of MIMO applications, providing consistent and reliable power for all data streams. This helps to balance stream-to-stream and adjacent channel mismatch, since one path will not overwhelm and overrun the other streams.

Wireless systems have shifted from being a low-speed workaround for rural locations lacking copper infrastructure to the point where they have become the dominant technology for mobile and stationary devices. The demand for increasing bandwidth has now filled available spectrum slots, and new systems are adding multiple simultaneous channels to the same frequency under MIMO protocols. These new systems have additional design constraints for implementation in systems with multiple RF blocks to insure their correct operation. 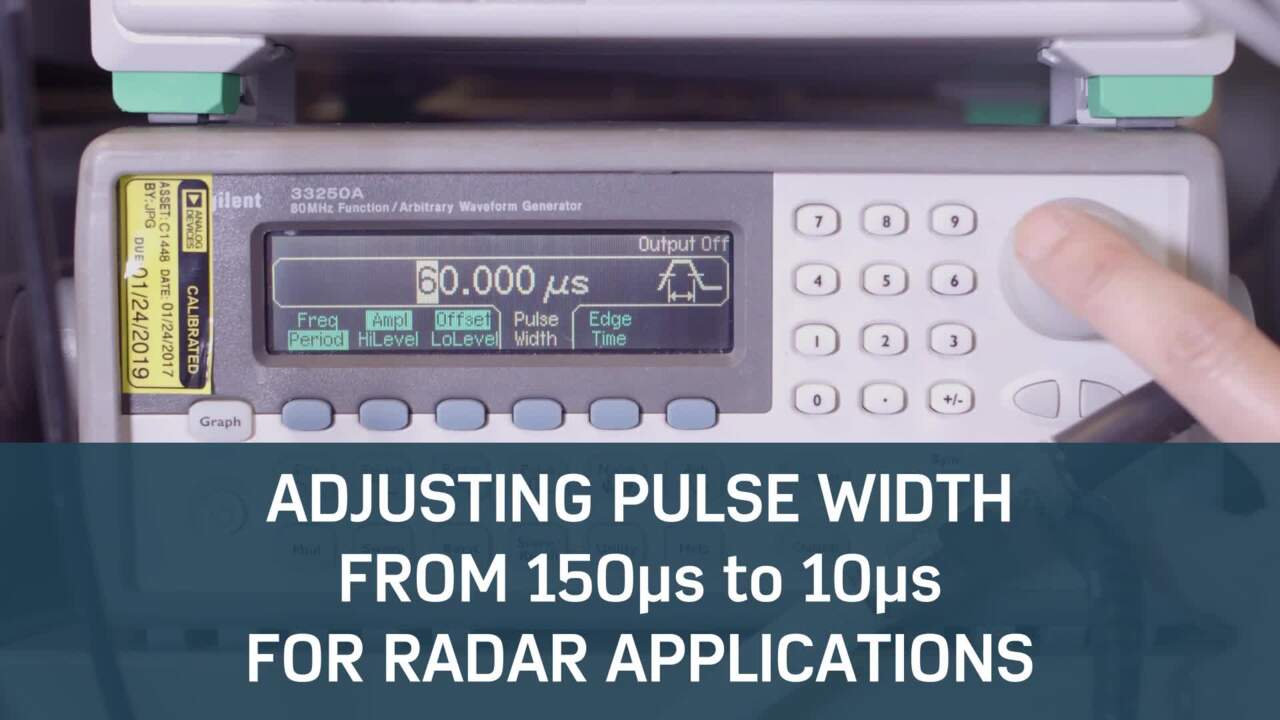