Low-power microcontrollers have done much to improve longevity in energy-harvesting systems. Clever architectures and use of low-power modes lets micros draw nanoamperes of current while preserving registers and configuration data. This allows designers to use smaller and less dense energy storage solutions that were not feasible in the past.

Nevertheless, energy storage, which plays a key role in ambient-energy-harvesting systems, is still needed in most cases as a power buffer to store enough energy to provide the power bursts needed to acquire and transmit data during peak demand, particularly if data is going to be transmitted across a wireless network. These energy storage devices generally take the form of either a battery or a supercapacitor (supercap).

Supercaps, which bridge the gap between conventional capacitors and rechargeable batteries, offer performance characteristics that are well suited for energy-harvesting environments. Supercaps can provide capacitance values up to 10,000 times that of conventional electrolytic capacitors. Moreover, while in the past supercaps could only provide about 10 percent of the energy storage density of chemical batteries, new supercap chemistries and architectures are yielding higher-density energy sources that can be charged relatively quickly.

This article looks at supercap options available to engineers designing energy-harvesting solutions, with particular attention to insulated and sealed designs that must withstand environmental extremes or, unlike rechargeable battery technologies, cannot be replaced.

Supercapacitors can be wound or stacked like other capacitors or piles (Figure 1 left and right). Each electrode, electrolyte, electrode sandwich is in essence an Electrical Double Layer Capacitor (EDLC). Like any capacitor or battery, the capacity is directly proportional to the surface areas of the electrodes and electrolyte as well as the spacing between plates. Paralleling more surface area increases current and putting them in series increases voltage.

The promise of a very long life with little or no degradation in performance – even after thousands of charge/discharge cycles – is the main factor driving this technology. The supercap’s organic polymers and electrolytes satisfy many environmental concerns since toxins like those found in in lithium-ion batteries are reduced or eliminated entirely. As a result, an entire system can be hermetically sealed and ruggedized to withstand environmental extremes. No access panels or replaceable battery holders are needed.

Still, some devices just need a lot of power, and here battery technology may be the only choice. Displays with backlights come to mind immediately, but wireless and RF transceivers also can draw large amounts of burst-type currents, depending on the requirements of the system’s discovery and data modes. One can throw audio applications into this mix as well.

For some applications, a combined approach may be best. When placed across a rechargeable battery, supercaps protect the battery from fast charging and discharging, and allow more of the energy in the battery to be used. The result is that less battery is needed, life and safety are improved, and maintenance is reduced. As a matter of fact, if well coordinated with a reliable energy-harvesting solution, the battery may never be stressed at all, and the sealed design can live as long as the rated battery’s shelf life.

When a supercapacitor is used as a precharge energy storage holder, think of it as a tank that can fill up at the fastest rate your energy harvester can provide (Figure 2). A charge controller can then deliver a precise amount of charge energy with terminal characteristics that optimize energy transfer for a given type of battery.

Conversely, when fast bursts of high output current are needed, such as when a Wi-Fi transmitter kicks in, the energy can come from a precharged supercap (Figure 3). The lower internal resistance allows it to supply high bursts of narrow current more efficiently than a battery, which may not have low-enough internal resistances to be useful here.

Figure 3: Loads that require high current bursts can use a supercap switched in with low-RDS(ON) FETs. Note the current limit on the charge section to protect against brownouts that can occur if you try to charge a supercap too quickly with a low-energy source such as a weak battery.

For applications where a small amount of charge storage is all that is needed but space is a concern, a low capacity, low-cost supercap like the Panasonic’s EC-RG0V105V is recommended. This 1-F EDLC- based solder-pin part resembles a combination coin cell and holder while operating at up to 3.6 V, ideal for a 3.3 V low-energy-micro design (Figure 4).

Figure 4: Supercaps resembling coin cell holders can take the place of older batteries for modern low-power designs. The advantage here is they can be sealed and coated since they never need replacing.

A similar 20 Ω part comes from Cornell Dubilier with its EDLRG105H3R6C. This Type EDLR electric double layer supercapacitor offers high capacitance values in a through- hole, stacked coin-type package. Primarily designed for integrated circuit voltage backup, these parts can also be used to deliver the initial power from batteries. Their advantage is that they can be sealed and coated since they never need replacing.

These supercaps can do very well when combined with a reliable and effective energy-harvesting technology such as wireless charging. In most cases, AC power will be available to power up a wireless charger loop, which keeps the circuit (in close proximity) alive. The supercap acts like a rectifier filter, providing charged output but could take over for a period of time when AC is not available.

Also for 5 V systems, the 5-F Eaton PHV-5R4H505-R is worth a close look. Resembling a crystal (Figure 5), this part is a member of the company’s PowerStor PHV family and has a very low equivalent series resistance (ESR of 70 mΩ) making it ideal to supply burst current for short periods.

Figure 5: Parallel plate based and elliptically wound supercaps resemble the older style of crystals, and can easily be dealt with in modern manufacturing processes.

At lower voltages, higher capacitance values are more readily available. Consequently low voltage designs like 1.8 and 2.2 V systems can take advantage of parts such as the Maxwell Technologies 2.7 Volt, 50 F BCAP0050 P270 T01, which also has an ESR of only 20 mΩ. Maxwell offers a product training module on the company’s HC series parts, which can be found on the Digi-Key website.

Other manufacturers compete is this space as well. For example, the Eaton 2.7 V 100 F HV1860-2R7107-R more resembles a small cylindrical battery as opposed to a coin cell. This part features an ultra-low 12 mΩ ESR.

The supercaps we have discussed so far all target embedded systems processor and logic voltages. However, there is one other important area where supercaps can shine and that is at higher voltages. A good example is the 165 F 48 V Maxwell Technologies BMOD0165 P048 B01 “Ultracapacitor.” Packaged similarly to high-end batteries, these virtually instant-charge, very-low-ESR (6.3 mΩ) modules take direct aim at telecom, automotive, UPS, and industrial applications that would otherwise use batteries (Figure 6). A 75 V 94 F version, the BMOD0094 P075 B02, is also available. Maxwell provides Product Training Modules for both its 48 V and 75 V Ultracapacitors (the latter often used in wind turbine pitch systems) on Digi-Key’s website.

Figure 6: The 48 and 75 V Maxwell Technologies Ultracapacitors are packaged like – and take direct aim at – batteries for industrial, telecom, and other applications.

Nichicon offers its Electric Double Layer EVerCAP (EDLC) supercapacitor series that combines the characteristics of aluminum electrolytic capacitors and batteries to provide speed and flexibility. These are suitable for solar power and wind power generator applications. Let us consider, for example, the 4,000 F Nichicon JJD0E408MSEG. Rated at 2.5 V, this radial can style supercap uses screw terminals to maintain a very low 2.2 mΩ ESR with very high surge currents. It includes the Nichicon JUM series featured on the Digi-Key site.

Going forward, technology is being developed to make very-high-energy-density supercaps, so we should expect to see lower-cost, high-capacity parts becoming available in smaller sizes. Graphene electrodes are among the most promising ways of improving energy and power density – theoretically to lithium-ion battery levels and beyond. Indeed, the use of graphene to achieve very high energy densities in supercapacitors and batteries has been described as a “transformative” technology.

Recently, UCLA graduate students reported in the magazine Science that they have demonstrated DVD-laser-produced graphene supercaps that can store as much as 276 F per gram. The same researchers published another paper in Nature Communications describing a way to use their DVD burner technique to produce so-called “micro-supercapacitors” to power sensors and other small electronic devices. The theoretical upper limit is 550 F per gram, and it is reasonable to expect that through the current decade, the up-front costs and energy density of supercaps will become more competitive, opening up many new applications. 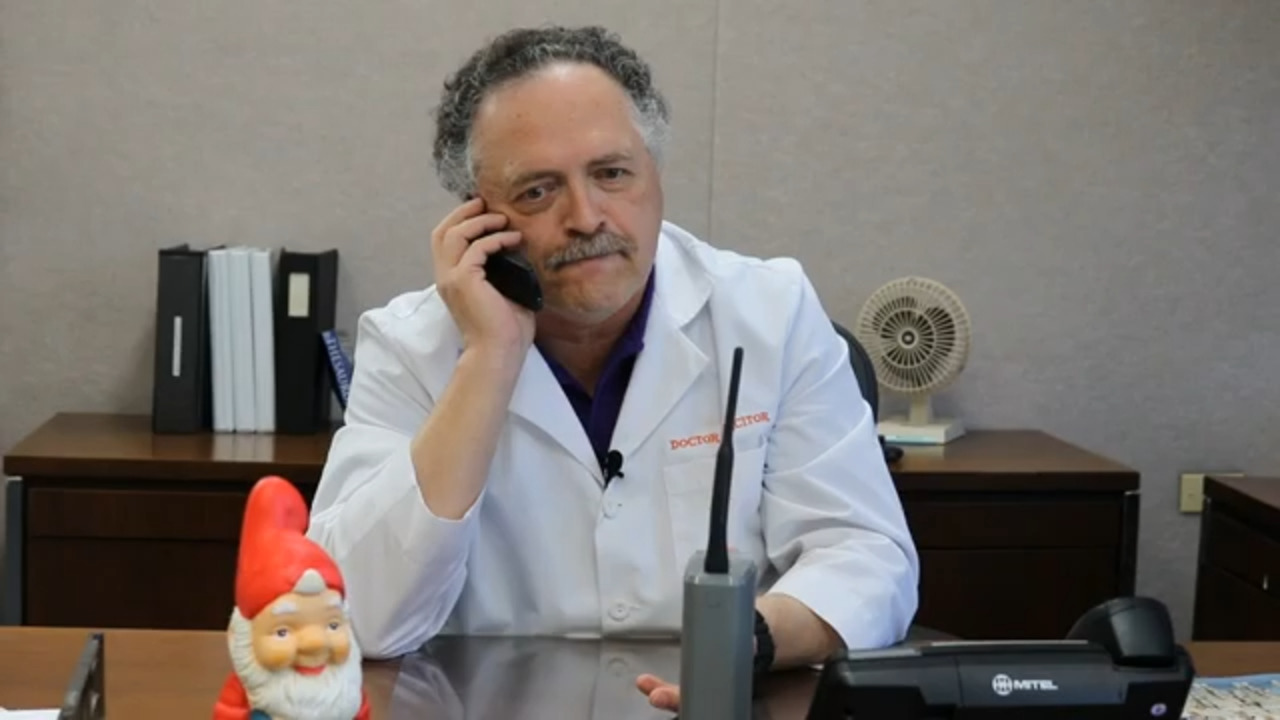