How to Isolate High Voltages in Single-Supply Industrial Robotic Systems

The connection of multiple systems in industrial automation applications provides many benefits, but when there are high voltage differences between these systems, designers need to manage voltage inconsistencies. These include large differences in system grounds.

The hardware techniques that tackle these analog and digital galvanic isolation challenges have optic, magnetic, and capacitive barriers. The types of isolation transmission signals include analog signals, power, and digital signals.

Galvanic isolation is the act of separating electrical circuits by preventing current flow between voltages and grounds. This is the current flow that develops from a direct connection between two or more circuits (Figure 1).

Figure 1: A closer look at an industrial robot shows the isolation requirement of a control, motor drive and power sections, with communication between these blocks. (Image source: Texas Instruments)

In the galvanic isolation scenario, there is no direct conduction path. The beauty of this type of circuit is that analog or digital information can be exchanged across the galvanic barrier by using optical, magnetic, or electrical fields. These fields open many doors. For one, multiple systems can operate safely and properly at differing ground and voltage potentials. They can also exchange analog or digital information and not interfere or destroy each other in the process.

To tackle these issues, designers need to find the proper galvanic isolation techniques for their circuit. The choices are optical (LED, photodiode), electrical (capacitors), or magnetic (inductors). In this article, the implementation of all isolation barriers exists in silicon or part of the semiconductor’s package (Figure 2).

Optical isolation relies upon the separation between a transmitting LED and a receiving photodetector. For galvanic isolation, the LED is directed at the photodiode through an isolation material, such as a clear polyimide.

Figure 3: An optocoupler contains a transmitter (LED) and a photodiode (receiver) epoxied to the lead frame with a clear polyimide between them to provide the isolation barrier. (Image source: Texas Instruments)

The advantage of optical isolation is that it is immune to electric and magnetic fields. However, the LED degrades over its lifetime.

An optical isolation device’s barrier is capable of transmitting analog or digital signals. The Vishay Semiconductor Opto Division IL300 Linear Optocoupler is a linear optical isolation device that has one LED and two photodiodes inside the package, all of which are galvanically isolated from each other. In the IL300 chip, the LED light shines equally on the two photo diodes to generate equivalent currents (IP1 And IP2) (Figure 4).

In Figure 4, the U1 amplifier (Texas Instruments, TLV9064IDR) drives the IL300 LED to create the feedback photodiode current (IP1). The feedforward photodiode current (IP2) is sent through the isolated R2 resistor, which is in the feedback loop of the isolated U2 amplifier. In this circuit, the gain is equal to R2/R1. Also, the Vout signal is immune to changes in VCC1 versus VCC2 and the two grounds.

LED luminance decreases over time. However, the system in Figure 4 does not depend on the luminance level of the LED; it just requires that the LED turn on. This is captured by both photo diodes equally. To apply the IL300 to the block diagram in Figure 1, an appropriate place for it might be between the human-machine interface (HMI) and the robot controller.

An alternative application of the optocoupler is to use the device as a digital transmitter. Vishay Semiconductor Opto Division’s SFH6750-X007T dual channel optocoupler and QT Brightek’s QTM601T1 single-channel opto coupler are high speed optocouplers with an open-drain NMOS-transistor output that easily isolates the three channel digital output of an analog-to-digital (ADC) converter (Figure 5).

In Figure 5, the serial output code of a 24-bit delta-sigma (ΔƩ) converter communicates from the isolated side of the circuit to the system side. The SFH6750 optically accomplishes this transmission in the digital domain.

The SFH6750 and QTM601T1 configuration provide up to 10 megabaud (MBd) transmission speeds, making them suited to high-speed data applications. From the block diagram in Figure 1, appropriate placement for the ADC interface might be between the human-machine interface (HMI) and the robot controller.

Inductive isolation uses two coils that are stacked on top of each other with a separating dielectric material in between. The application of an AC signal creates a magnetic field, which in turn induces an electric field in the secondary coil (Figure 6).

Inductive isolation is very efficient. It is, however, also susceptible to magnetic fields.

In Figure 7, the Analog Devices ADUM3190ARQZ-RL7 high stability linear isolated error amplifier provides the analog feedback signal from T1’s secondary side to the primary side. The entire circuit operates from 5 volts to 24 volts making it appropriate for standard industrial power supplies.

The construction of a capacitive isolation element involves two plates in close proximity, but with a dielectric between them. The silicon dioxide (SiO2) material can be implanted between the capacitive plates to generate this isolation phenomena. In this configuration, the breakdown of SiO2 is from 500 to 800 V/micrometer (µm). A typical distance for these types of isolators to have is 27 mm, making the isolation barrier between 13.5 kilovolts (kV) to 31.6 kV (Figure 8).

The capacitive isolation is optimal for small spaces. However, the complexity of the surrounding circuity is more significant than the optical and magnetic solutions.

Analog applications for the capacitive barrier

A typical capacitor analog isolator, such as the Texas Instruments AMC1301DWVRQ1 or AMC1311DWV, receives the analog signal, modulates the signal to a digital representation, and transmits the digitized the signal across the barrier (Figure 9).

On the receiver side of the barrier, the signal is demodulated back to the differential output analog signal.

Figure 10: The AMC1301s sense the FET currents to the inductive bridge. The AMC1311 senses the DC bus voltage in the frequency inverters. (Image source: Texas Instruments)

In Figure 10, phase current measurement is accomplished through the shunt resistors, RSHUNT, and the AMC1301 isolated amplifiers. The high-impedance input and the high common-mode transient immunity of the AMC1311 senses the bias voltage, VBIAS, for a stability reading of the system configuration. The AMC1311 ensures reliable and accurate operation even in high noise environments, such as the power stage of frequency inverters used in motor drives.

Digital applications for the capacitive barrier

A typical capacitive digital isolator receives the digital signal, modulates the signal to an appropriate AC signal, and sends that signal to a demodulator in preparation to transmit the DC signal to the output pin (Figure 11).

Figure 11: The capacitive digital isolator requires a high DC input to be modulated to an AC signal. The AC signal travels across the isolation barrier where it is demodulated back to a high DC value. (Image source: Silicon Labs)

In Figure 11, it is possible to generate a high digital transmitted signal on the receiver side as long as the transmitted signal is held high. The conflict in this logic is that if the charge dissipates off the capacitor plates, or if there is a power interruption on the receiver side, it is possible that the output will change to zero while the input state is high. If this occurs, a receiver digital high state is lost. To battle this problem the modulator creates a single low voltage for a digital “zero”, and a fast AC rail-to-rail signal for a digital “one” (Figure 12).

A capacitive digital isolation example uses the Silicon Labs SI8422 and SI8423 digital couplers to connect the digital lines between a microcontroller and ADC (Figure 13).

Figure 13: Four-channel isolated SPI interface where there are three channels sending signals from left to right, and one channel sending its signal from right to left. (Image source: Digi-Key Electronics) 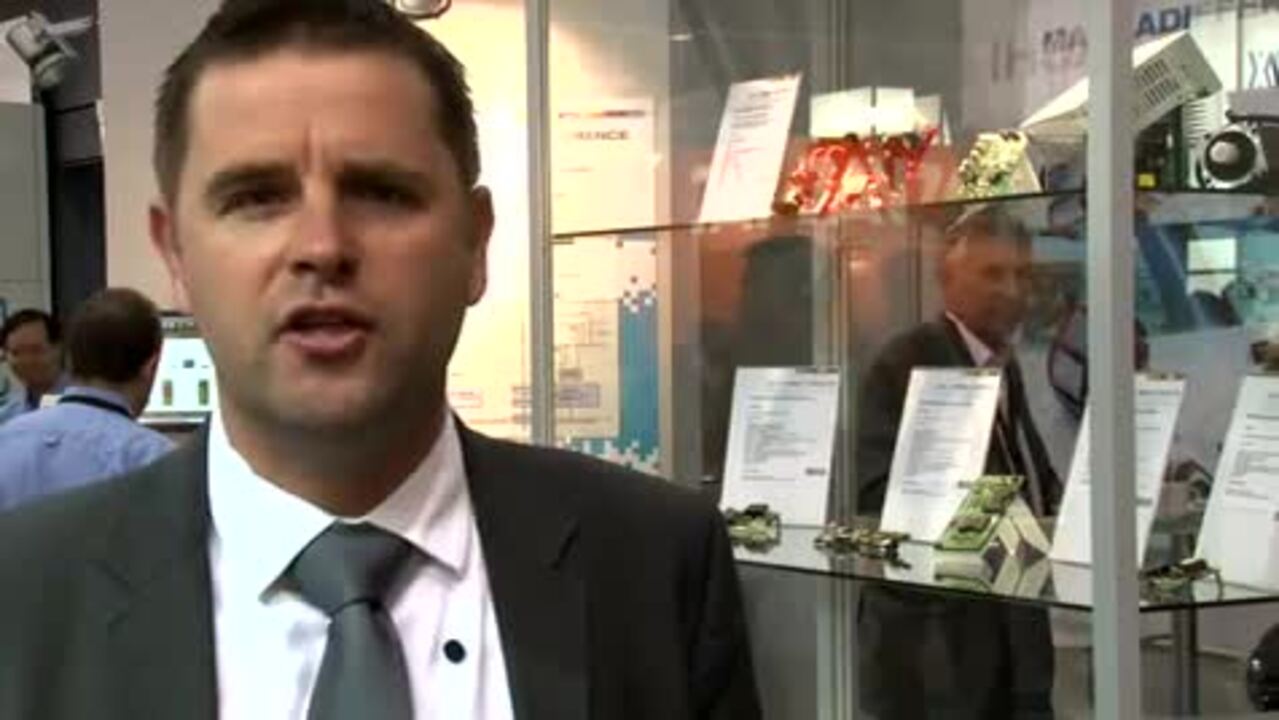 Bonnie Baker is a seasoned analog, mixed-signal, and signal chain professional and electronics engineer. Baker has published and authored hundreds of technical articles, EDN columns, and product features in industry publications. While writing “A Baker's Dozen: Real Analog Solutions for Digital Designers” and co-authoring several other books, she worked as a designer, modeling, and strategic marketing engineer with Burr-Brown, Microchip Technology, Texas Instruments, and Maxim Integrated. Baker has an Electrical Engineering Masters degree from the University of Arizona, Tucson, and a bachelor’s degree in music education from Northern Arizona University (Flagstaff, AZ). She has planned, written, and presented on-line courses on a variety engineering topics, including ADCs, DACs, Operational Amplifiers, Instrumentation Amplifiers, SPICE, and IBIS modeling.